I vividly remember attending EGX 2014 in London and queuing up (as we Brits so love to do) for a chance to try out ‘Elite: Dangerous’ on the Oculus Rift. Only a few of the computers had the Rift installed and it was pot-luck who got to try one, but I was to be one of the lucky gamers that day. Donning the visor and headphones, I sat in the cockpit, my hands gripped tightly on the flight controls as I surveyed my surroundings. Looking around, I saw a menagerie of radars, lights, buttons and switches. It was so real, so visceral. I could almost smell the plastic and the jet fuel. I reached out to my left to brush the control board and accidentally grabbed the t-shirt of the player sitting beside me. My brain had filled in the blanks, assuming the world created by the Rift was real. “This is the future” I said to my girlfriend, who by this point had wandered off in embarrassment.

It’s now been three years since my first taste of modern VR and it certainly feels as though the momentum has gone. But why?

As usual, the figures tell the plainest story. The Oculus Rift and HTC Vive have shifted roughly 1 million units combined and the PlayStation VR is just shy of the 2 million mark at the time of writing. Also quite telling is the fact that the most popular platform has been the Samsung Gear VR, which has sold over 4 million units. Just as was the case with VHS and Betamax (please forgive the outdated reference), we see that consumers would rather purchase a technically weaker machine at a more reasonable price. And it seems that the Facebook-owned Oculus team are well aware of that. Their decision to halve the cost of their bundle over the last few months has shown that competition is alive and well in the VR market, but certainly not easy going. However, the real meat and bones of the issue surrounding VR is in the games themselves, or should I say, the lack thereof? The vast majority of them seem to fall into one of the following categories.

Even games like Resident Evil 7, which was an admittedly incredible experience on the PSVR, is something that you can adequately play without a headset, as are many of the other titles on the various stores. This all leads to the question which I imagine many consumers are asking themselves right now. “Why should I buy a VR headset?”

It’s a valid question. Because, ultimately, none of the devices have that killer app to invoke the excitement that Halo did for the original Xbox or that Battle Arena Toshinden managed on the Sony PlayStation. Both of these systems were newcomers to the market and both of them cemented a legacy by producing ‘must-have’ titles at launch. Unfortunately for VR, despite a number of decent titles, none of them are pushing the boundaries of how we experience interactive narratives and consequently, lots of people out there want a VR headset, but nobody needs one. This problem seems to have been conflated by the widely held belief that players want more physical activity. Even industry bigwigs like Alienware founder Nelson Gonzalez have stated that “the next evolution of VR would be where you participate physically in that VR world.” He even went on to add “and not just sitting down; if you're a quarterback, you actually get to throw a football.” But the truth is that gimmicks like this are great at immersing a player in the moment, but they won’t keep them coming back for more. At the risk of sounding like a digital hippy, the desire to return comes from being invested in the game on some emotional level, not a physical one.

So what do the various VR platforms need? Well, let’s take a look at those earlier examples of killer apps. Halo was released during (and some might say even kick-started) the golden age of first-person shooters. At the time, the genre was dominated by PC games. Titles such as Counter-Strike and Unreal Tournament had amazing multiplayer action but no decent single-player experiences. On the other hand, you had games like Half-Life and Deus Ex which had incredibly deep single-player campaigns but comparatively poor multiplayer. Halo simply combined the two and added in co-op gameplay and vehicle driving. Battle Arena Toshinden, on the other hand, was literally called the ‘Virtua Fighter killer’ back when it was first released. It simply took what Sega was doing with their insanely popular fighting series and gave it slightly better graphics, owing to the revolutionary new method of rendering 3D models using polygons instead of squares. 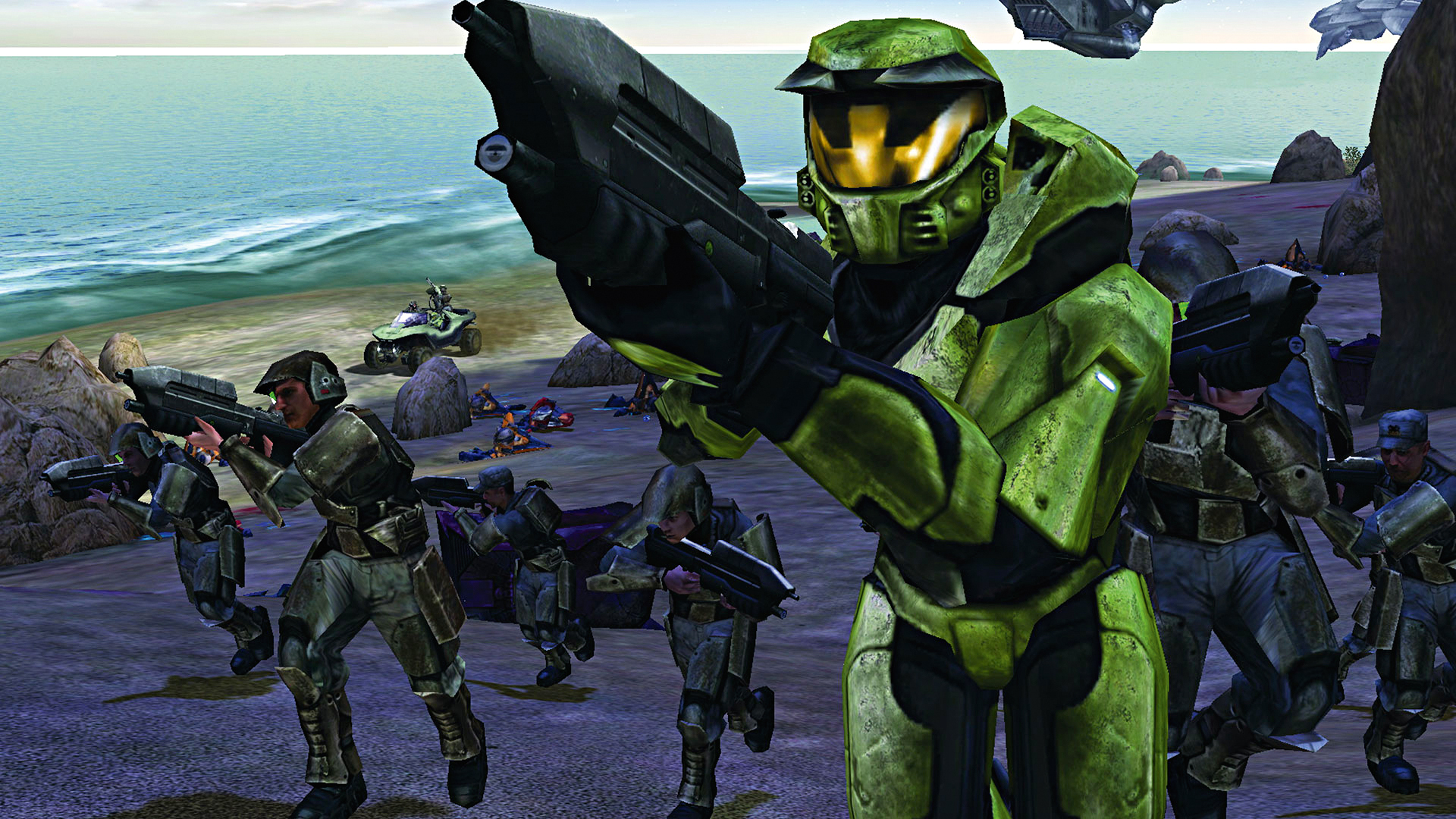 In both of the above examples, success was gained by simply giving people a better version of what they already had. By taking what gamers loved about their games and adding in the strengths of these new machines, Sony and Microsoft respectively were able to build a legacy for producing graphically superior games and for being pioneers of competitive gaming.

The VR industry could learn a lot from those heady days of yore. The killer app, if it ever comes, will be some epic experience that you can only really play with a headset and a couple of motion sensor controllers. It might be the heart-wrenching story of a wheelchair-bound former detective who has to explore an open-world in search of his missing daughter. It could just as easily be an intense multiplayer battler, where you throw actual playing cards onto a table before seeing them spring to life and brawl with one another in real time. Either way, it will surely be something that the consumers have requested and it will have to be something that the consumers can afford. It certainly isn’t too late for VR. If Sega can run, jump and spin their way up the market with ‘Sonic the Hedgehog’, three years after the launch of the Sega Genesis, surely the PSVR, HTC Vive and Oculus Rift have some fight left in them yet.

I vividly remember attending EGX 2014 in London and queuing up (as we Brits so love to do) for a chance to try out ‘Elite: Dangerous’ on the Oculus