Even the most stubborn of XBox fanboys will probably admit that Naughty Dog have made some excellent PlayStation exclusives. ‘Uncharted’ and ‘The Last of Us’ are ranked among the best of the best from the PS3 generation and with Gears of War 4 on the horizon, Sony really needed a big hitter to keep up the competition. So let’s take a look at ‘Uncharted 4: A Thief’s End.’

In this fourth instalment of the series, we once again follow the charismatic Nathan Drake, who has settled into a life of normality, having married Elena Fisher from the previous three games and acquired a job as a salvage expert. However, circumstances force him back into the life of an adventurer as his brother shows up on his doorstep, begging him to help him find a lost pirate treasure. The re-appearance of Drake’s brother, having never been mentioned in any of the previous three games is a big plot point and the game takes its time introducing Samuel Drake and fleshing out his character. For this reason, I’d say that Uncharted 4 has the slowest start of all the games in the series. This is definitely a positive thing though because it made the journey from boring, form-stamping salvage worker, back to treasure hunting badass feel like a truly epic one and clocking in at around 16 – 20 hours of gameplay (especially if you take the time to enjoy the scenery) makes it a decent-sized adventure to boot. The plot is excellently paced, swinging back and forth between periods of Nathan’s witty quipping and wise-cracking retorts, as he searches ruins and confronts enemies, before suddenly yanking at your heart strings as he suffers from his own inner-duality of wanting to be both a family man and an adventurer. The character of Nathan Drake has never felt so mature and nuanced and there are moments when you really get to see his darker side.

Returning to the aforementioned scenery, I have to admit that I don’t think I’ve ever seen a game that looks this gorgeous. Naughty Dog really have outdone themselves. Every crack of light shimmering through a broken stained window, every piece of flora that bows and sways in the gentle breeze and every bustling marketplace, full of colourful textiles and sizzling slabs of meat is hand-crafted to perfection. I regularly found myself deliberately halting my progress, just so I could look around and really take in the atmosphere. There are several points at which I stopped and gazed out over the horizon at the skyline of a Madagascan city in the distance or at the rolling hills of the Scottish highlands in the winter. This game was an absolute ocular feast and I truly wish I could re-experience it again for the first time. 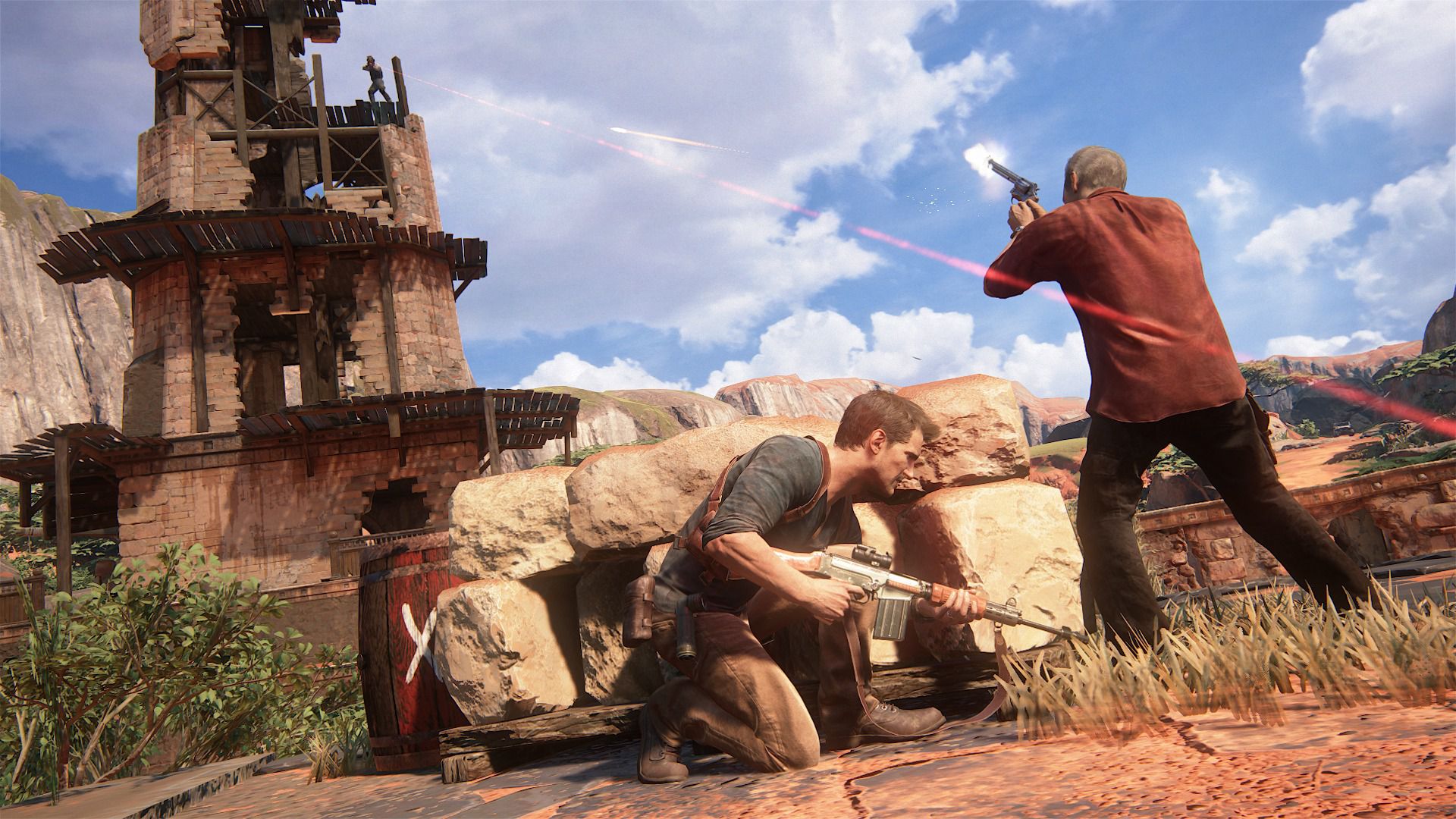 While the graphics have been brought up a notch, the gameplay has been left mostly untouched. The usual combination of jumping puzzles, sprinting sequences and gunplay sections will feel instantly familiar to fans of the series and the addition of a grappling hook and a piton make for some much more diverse, as well as intense, moments of climbing. This is especially welcome since I found this to be the least combat-oriented game in the series. There is a real focus on exploration and climbing in Uncharted 4 and the combat is really kept to a minimum, yet the combat is where the real changes have been made.

Almost all of the fights can now be entirely circumnavigated through the use of stealth. The encounters are set up in such a way that Drake can hide in tall grass, dangle off ledges and silently take down his opponents so as to avoid a fire fight. I found this to be a fantastic innovation as constant, lengthy gun fights have become tedious in past instalments in the series and the option to avoid them by making use of the overgrown and jagged nature of the ancient ruins that make up much of the environments felt like a really interesting and organic way to play the game. However, there were times when I failed, was spotted and the encounter devolved into some old-school, cover-based combat and I’m pleased to say that the levels are designed in such a way as to cater to both stealth and a full, frontal assault.

One final new feature is the ability to tag your enemies using the L3 button, creating a big arrow above their head to signal their position. This enables you to keep track of them as you sneak around and take them out. While very useful, I found this to be easily abused and would regularly just pan the camera around an area, mashing L3 until a satisfactory number of arrows appeared out of nowhere. I suppose this isn't a bad feature and often my ally would mark enemies for me, but perhaps a system whereby I had to use binoculars or a telescope to mark enemies would feel a little less arbitrary. Uncharted 4 also contains a surprisingly fleshed-out multiplayer mode. Swinging and grappling your way around these 4v4 and 5v5 maps gives you a sense of competitive awesomeness that is a great way to extend the life of the game beyond the sixteen or so hours offered by the main campaign. The three distinct game modes; deathmatch, plunder and command, are all great fun in their own ways and the inclusion of a ranked team deathmatch mode gives you a reason to keep coming back for more. While the multiplayer is very much playing second-fiddle to the campaign, it was a genuine surprise to me when I found myself really enjoying it.

Even the most stubborn of XBox fanboys will probably admit that Naughty Dog have made some excellent PlayStation exclusives. ‘Uncharted’ and ‘ 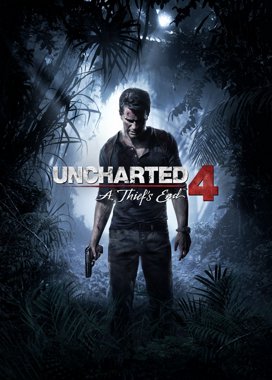 Another fantastic installment in the uncharted series with particularly stand-out graphics.