After the massive initial success of Respawn Entertainments first title, Titanfall, back in March of 2014, other studios like Activision took notice of the games impressive fluid mechanics and implemented them into their titles. Call of Duty, for example, featured wall running and sliding mechanics that had never been seen in the series before. It was impressive to see so many studios copying the style of game that Respawn put forth.

It’s a shame then, that the actual game itself was so short lived. Players got bored quickly, and dropped Titanfall a few short months after release citing no single player campaign and no real content to keep them playing the game for months on end. Even new DLC with maps and equipment did little to revive the title. When Respawn Entertainment revealed the sequel it was met with cautious optimism. A single player campaign would be added, as well as the promise of more content to unlock and obtain. The now all-too-common season pass structure was shunned in favor of free DLC updates throughout the games lifecycle. Would this be enough to satisfy gamers thirst for more Titanfall? Lets find out together.

The short answer is: Yes…and no.

On paper, Titanfall 2 is exactly what you want in a sequel to a hit video game; new and meaningful updates to the multiplayer experience that feels familiar, yet new and exhilarating and a single player campaign that, while a bit short, hits all of the right buttons. In practice, however, things quickly seem a little less shiny.

The campaign is mostly well done. You play as Jack Cooper, a military grunt with aspirations of becoming a pilot. Pilots, you see, are the ultimate bad ass on the battlefield. They’re the special ops that wows everyone they merely come in sight lines of. They can double jump, run on walls, and shoot their way through anything. After a mission goes horribly wrong, Jack is stranded away from other militia forces along with another pilots Titan, BT-7274. BT’s pilot is killed and the two are forced to link together for survival. There would be more to say about the story, except I don’t want to spoil it here. I will say, however, that if you haven’t played the first Titanfall or remember some of the lore, you might be a little bit lost. The game assumes you know (or remember) events of the previous title and that is a little bit awkward for those who might be new to the series. It’s a strange amount of pre-supposition happening for a game that had no single player story the first time around.

The combat, as in the first one, fees incredibly fluid and well done. It flows perfectly and makes you feel like an absolute bad ass as you down enemies in both titan and pilot forms. Running along the walls as you shoot down an enemy who didn’t see you coming is an indescribable feeling of joy. The guns all feel very solid and the titan weapons are varied enough to give every play style a way to play without feeling gimped.

The graphics are gorgeous at times and just okay at others. The scenery and vistas you explore as Jack and BT can be stunningly beautiful when you’re above ground. When you go into interior areas however, things start to look a bit murky. The same lighting scheme and shades of grey/black/white/blue hang over you and some textures look straight out of an Xbox 360 game. While I can understand their desire to make the game playable on as many platforms as possible, this is still 2016 and we’ve come so far in other titles its staggering to see the difference.

The music is what you would come to expect from a modern first person shooter. It swells at the right times and dips at the right times and has a nice pace and sequence to it. It’s not as inspiring as I would have liked, but that could be down to personal preference. It all just feels very standard. Sound design overall is pretty good for the most part. The voice actors all do a serviceable job and the sound effects mostly sound natural to what you would expect. I just wish they had put a little more time into the guns sound design. Some sound accurate and right while others just feel like carbon copies of things we’ve seen before.

There are some puzzling design choices layered throughout the campaign, however. It often feels like Titanfall 2 is a set of mechanics in search of a game. The mechanics all come together fairly well in pieces but rarely do they work fully together. It’s a shame, as there were obviously a lot of ideas they wanted to implement and might have spent too much time on everything VS focusing their time on one thing. The levels often feel too large and open and designed around pure pilot combat, which almost makes Titans pointless at times other than to drive the narrative forward.

Multiplayer is more robust this time around, with more Titans to unlock and more customization for both Titan and Pilot alike. That’s refreshing in itself but at its core, Titanfall 2 Multiplayer is the same thing as Titanfall Multiplayer with new maps and a shinier package. Players will start as a Pilot, customized however you like, and you run around killing other players, grunts, and spectres to unlock your Titan. Its fun, its engaging, it’s great to play with a group of friends or solo as matches tend to move fairly quickly.

Then there is the elephant in the room; the release date. EA/Respawn Entertainment chose to release Titanfall 2 in the middle of two of the most well loved first-person-shooter series of all time, Battlefield and Call of Duty. Battlefield 1 has sold incredibly well and its no surprise, the game is amazing. Call of Duty's numbers seemed to have dipped a bit this year, but it still is a console FPS powerhouse that cannot be denied. Releasing Titanfall 2 in the middle of these two titles has spelled out a death wish for Respawn.

EA’s defense of this release date was that the two games (Battlefield and Titanfall) are aimed at separate markets. I highly disagree with this statement and wonder why someone would offer such a piss poor explanation for why something was done. Titanfall 2’s player base has suffered because of this release date, with sales being way below projections. On PC, you’re hard pressed to find anyone playing a mode other than Attrition. Recent reports put Titanfall 2 at around 1500-2000 players at peak times which is absolutely awful for a AAA title. It’s a shame, because the game is fun and has made great improvements over the original. If they would have taken the time to release this in March of 2017, it would have sold way better than it has now, in my opinion.

After the massive initial success of Respawn Entertainments first title, Titanfall, back in March of 2014, other studios like Activision took notice of the game 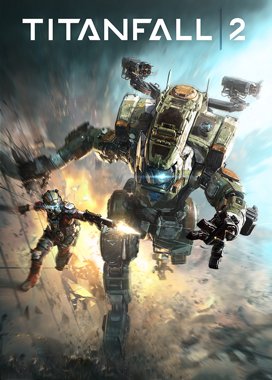 BUY IT...If only to save the dwindling player base!

A solid entry in the series. It shows that Respawn knows how to listen to its community and give them what they want but puzzling design choices keep it from being great.