Resident Evil 7’s new formula of first-person wisely remembers that the series once was a survival-horror adventure, composed of tense exploration and careful item-hunting and not pure action unlike its previous predecessors. Whether you are familiar with the Resident Evil franchise or entirely new to the series, you might be asking if you need to have prior knowledge of the franchise before you can dive into this game. Simply put, no. You do not need to be invested in the twenty years of existing backstory to jump into this game.

It’s been more than four years since Resident Evil 6, and Resident Evil 7 demonstrates that given the right mixture of pressure and time, Capcom still has unique design and narrative space left to explore within what is by far their most popular franchise.

Resident Evil 7 features a milquetoast protagonist, by the name of Ethan Winters, whose search for his missing wife leads him to the Dulvey plantation in the bayou of Louisiana after receiving a cryptic email from her. Where the previous Resident Evil games have given us characters who tend to be strong and have some combat training behind them, Ethan Winters is neither a special forces agent nor a police officer; He’s just a regular dude with no particular combat skills, and when enemies start popping up, oftentimes Ethan’s best tactic is simply to run like hell.

Resident Evil 7 sets the atmosphere as one of the strongest the series has seen in a long time, and that’s owed entirely to the eerie Dulvey plantation. Taking place in and around a large house, this is one of the creepiest single settings since the Spencer Mansion with an enticingly bizarre mystery to unravel.

The one thing this game could do better is first impressions. The first ten minutes of gameplay left me with questions around the graphics looking extremely flat and cheap. This entire section of the game feels like it was given a quick lick of paint compared to the rest of the game. I’m of course talking about the part where you’re approaching the Baker's Residence in your car and prompted with the ability to look around only to see 2D Planar tree rotating as you turn away or towards them.

However, this quickly changes once you approach the Baker's residence and quality quickly increases which make sense considering a huge portion of the game is taking place in the Baker residence and you’re not just exploring this, you will really get to know it. Scouring every nook and cranny for resources, hidden passageways and figuring out where you could hide or which hallway could get you to safety fastest. The more you memorize the layout of the house and surrounding areas, the more likely you are to dodge and successfully juke your way around the enemies without wasting precious, sparse ammo and healing items.

As you explore the Baker's residence it’s not hard to find traces of humanity, like old photographs, trophies for academic achievement and a discarded football helmet. Compared to the cold, medieval interior of the still-beloved Spencer Mansion, the Baker residence feels like a lived-in space, which is adding to the mystery around what happened to this seemingly once ordinary family.

Another one of Resident Evil 7’s failings are its puzzles which were rare and often too simple. Rather than hiding codes and passwords behind riddles or forcing some kind of threat or fail state on me if I entered an incorrect solution as previous games had, Resident Evil 7 doesn’t seem to even try to make its obstructions interesting or challenging.

The approach to combat is fairly standard for the Resident Evil franchise, albeit more on the side of limited difficult fights like in the early games, rather than the constant combat we’ve seen in Resident Evil 4 through 6. The shift to first-person brings Resident Evil 7 closer to its roots than the series has been in over a decade. While a fully controllable first-person view is quite different from the static third-person cameras of the old-school Resident Evil games, it shares a key element with them, a limited perspective. This is limited even further by reducing the turn speed, which in turn adds to the tension as you explore the Baker residence.

Adding to the immersion and constant tension is the games sparse, creepy audio. The Baker's house is constantly creaking, and full of strange noises leaving you terrified at what might be lurking around the next door or corner. Was that slamming sound a tree branch hitting the side of the house or is one the Baker family members about to burst through the wall and threaten to slice my leg off with a shovel?

While Resident Evil 7 holds champion to one of the creepiest settings in the franchise, it does fall prey to one of the series long-running weaknesses. The game only has a handful of boss encounters, and these break the otherwise perfect tension and pacing of the rest of the experience. You’re (by obvious design) given some extra ammo and healing items in the lead-up to a boss fight, because these bigger enemies invariably are bullet sponges, who can suck dry several clips from your gun before finally falling. Although the game does occasionally pull the odd surprise, often leading weird but wonderful moments like this moment captured from TaintedTali’s stream.

The stealth and survival elements are caught in a constant tug of war, with brief phases of empowerment where you have enough supplies saved up to go all-in and attack every enemy you come across. This is a tenuous balance that few games manage, but Resident Evil 7 walks the line flawlessly with a constant back-and-forth between slower low-power segments and faster-paced fighting which creates a sense that the game is mixing things up every twenty to thirty minutes allow a player to never truly get bored.

Resident Evil 7’s new formula of first-person wisely remembers that the series once was a survival-horror adventure, composed of tense exploration and car 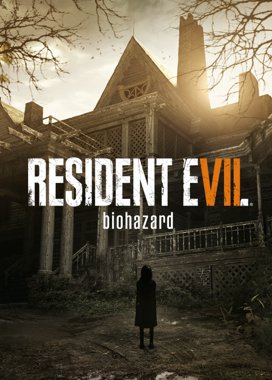 While Resident Evil 7 is a welcome new approach to the existing franchise, it does falls flat in a few areas like the puzzles and the boss fights. While the game is visually stunning, there are some areas that seem to lack the love the rest of the game received which can break the immersion.