When it comes to point-and-click adventure games, there really are three key things that make for an enjoyable experience. Good writing, interesting environments and challenging puzzles. Getting these three elements to work with one another is a delicate balancing act and even the greatest games in the genre have some moments where it doesn’t quite work (who remembers a rubber chicken with a pulley in it?)  But when they do come together, they make for some of the most compelling story-driven experiences in gaming history and Clifftop Games’ ‘Kathy Rain’ certainly looked promising from the beginning.

The titular Kathy Rain is an American University student, studying English in 1995 when she learns that her estranged Grandfather has passed away. Deciding on a whim to attend the funeral, she discovers that he has been paralyzed and catatonic since the early ‘80s after a bizarre series of events. She consequently vows to discover the truth behind what happened to him. The first thing I noticed while clicking my way through this indie adventure is that, while the game is literally called ‘Kathy Rain’, the real star of the show is the town of Conwell Springs where most of the story is set. It has a vibe that reminded me a lot of TV shows like ‘Twin Peaks’ and more recently ‘Wayward Pines.’ The ever-pervasive sense that something is not quite right about the place and that if you could only just scratch beneath the surface there would be a huge revelation, is expertly woven into the narrative. This is helped along by a frankly excellent musical score, which makes great use of minimalist composition and guitar-driven reverb effects to create a real sense of understated foreboding. The locations themselves are beautifully drawn, really getting every bit of juice out of the ageing ‘Adventure Game Studio’ engine, evoking a nostalgic ‘90s vibe that nicely lines up with the time in which the story itself takes place.

The game does an excellent job of containing itself until the final act. While the focus is primarily that of a classic murder-mystery plot, it constantly threatens to become a horror adventure. The slow reveal of clues aids the transformation and without wanting to give too much away, I have to admit that the finale does not disappoint, becoming a chaotic crescendo that feels as though it has been clawing at the walls of its padded cell for the entire game. Yet despite all of the above, there were moments of humour (albeit somewhat dark) which served to relieve the tension and give room for the plot to breathe. 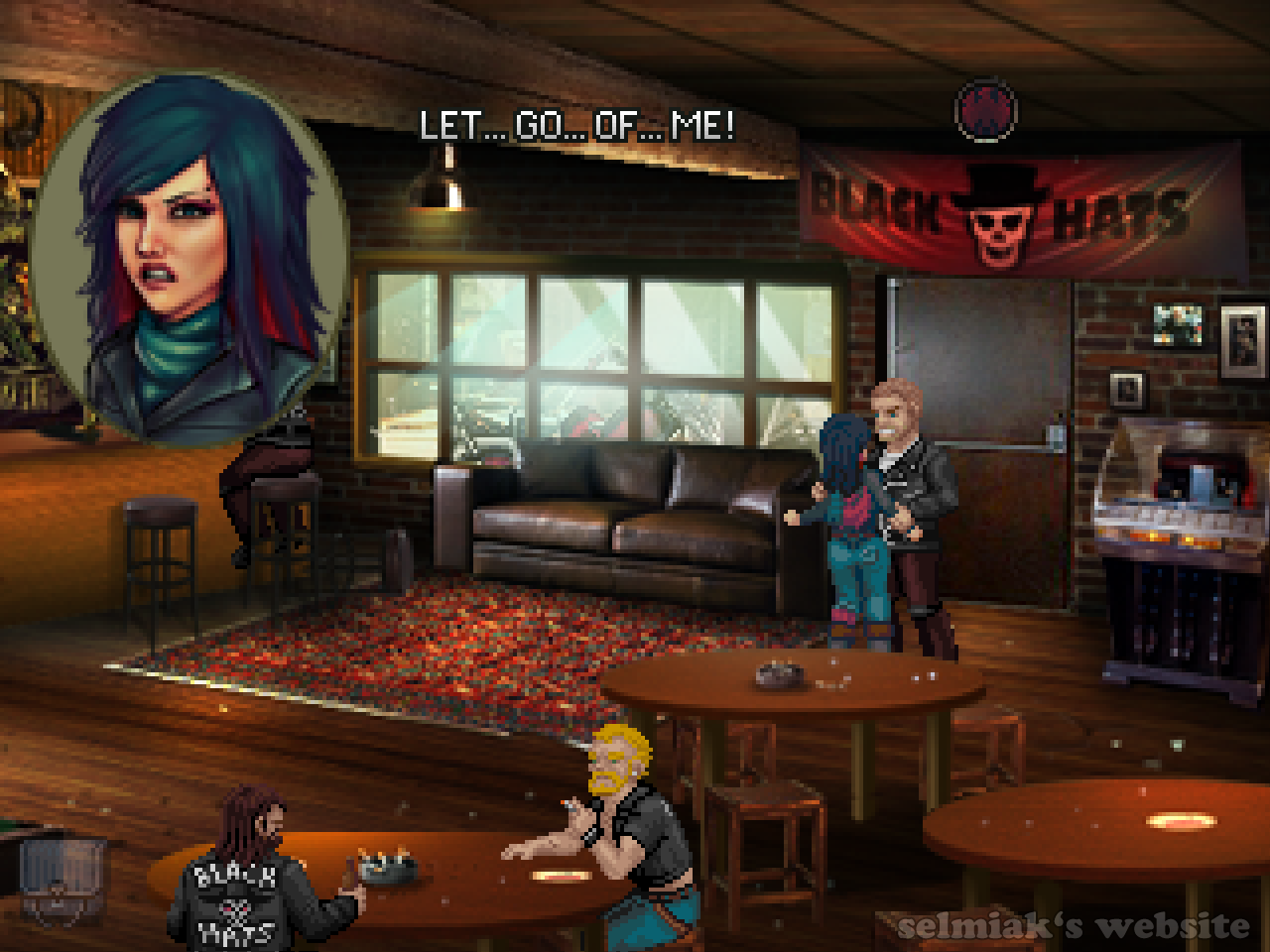 The writing is excellently paced and executed. I found Kathy to be a thoroughly likeable character, not too rebellious and tomboyish as to seem contrived, while effeminate and emotional enough to be a true celebration of what a strong, female lead can really add to a narrative. The characters around her were very much your classic small-town tropes; the angry sheriff, the sweet, old grandmother and the creepy priest to name but a few. While I have to admit that I found one or two of them to be a little tiring towards the end, I would say that for the most part they were played off quite well and often worked on my own pre-conceptions about what this particular brand of clichéd personalities were up to. Overall, the writing was excellent and my hat has to go off to Joel Hasto at Clifftop Games for his stellar portrayal of small-town America. The voice acting was, for the most part, very well done. The part of Kathy was particularly well casted and I found her to be totally believable in the role. One or two of the more ancillary characters were a little drab, particularly the priest. But when taking into consideration the fact that this was an indie adventure with a huge amount of voiced dialogue, credit has to be given for a mostly consistent level of quality. I’d be lying if I said I wasn’t fully immersed throughout.

Unfortunately, the puzzles are perhaps Kathy Rain’s weakest link. While not explicitly convoluted or bad in any way, they are very easy and it was a rare moment when I found them presenting any real challenge. I positively breezed through the first four hours of the game without so much as a minute’s pondering. However, to give credit where its due, the plot was so enthralling that I was barely bothered by the lack of challenge and having played a lot of adventure games, I have to wonder if a newcomer to the genre might find this to be a perfect level of difficulty for them. It’s certainly preferable to the relentless pixel hunting and nonsensical item combining that has plagued the genre in the past. I completed the game in just under 8 hours which isn’t a bad running time, although a few more would have been nice and perhaps better justified the price tag of £10.99, but you really can do a lot worse in this regard (just take a look at Firewatch.)

Overall, Kathy Rain is a fantastic mystery adventure that is a necessary addition to the library of any serious fan of the point-and-click genre. It’s also a great starting point for anyone new to the genre and an excellent piece of horror-fiction in its own right.

When it comes to point-and-click adventure games, there really are three key things that make for an enjoyable experience. Good writing, interesting environment