The Forza Horizon series, which was once viewed as a mere spinoff of the popular Forza Motorsport series has, in my opinion, surpassed the Motorsport titles in every possible category. The trend started to turn in favor of Horizon starting with Horizon 3, but this year Turn 10 Studios and Microsoft have put out an absolutely insane product in Forza Horizon 4. The studios have almost perfected the racing game genre with the latest entry in the series. It has everything a car enthusiast looking for a solid racing title could want; varied race types, customizable cars to your hearts content, and a loose story mode to tie it all together.

Horizon 4 wastes no time throwing you into the action, with a sweeping introduction cinematic introducing the newest game mechanic, seasons. That’s right, the game will shift constantly between the four yearly seasons, creating new and varied race types and race conditions each time you play. It is an addicting bit of gameplay that pays off in the long run, as I found myself longing for the next summer season to roll around so I could take my newly acquired dune buggy out on a beach race, drifting through sand and puddles of water while I was racing down a mountain covered in snow and ice, about to do a literal barrel roll off of the ski jump in front of me. Forza Horizon 4 lives for these tense moments where, after you’re finished, all you can do is look around and go ‘holy shit, that actually happened!’

The story is pretty much the same as Horizon 3 with you playing as a new, young, hotshot racing driver looking to take on as many challenges as possible for the new Horizon Festival. While the narrative might be similar, how it achieves its goal this time around is completely reworked and that’s refreshing to see. Instead of driving around Australia unlocking various hubs to complete a festival circuit, you’re racing through various seasons, setting up new races as you go, unlocking new races, cars, tunings for said cars, and more. There is a seemingly endless list of things to do in Horizon 4, and more than once I’ve heard it called “The Destiny 2 of Racing Games.”

The ‘season’ mechanic, I’ll admit, sounded like a gimmick at first to get you to slog through the various races and conditions while concealing how much content the game actually had. I’m happy to report that the season mechanic is the best thing to happen to a Forza game since Horizon became a series. There is always the next season to chase and how do you do that? By completing races and other content in the current season, of course! It gives you this endless cycle of things to do and never really gets boring.

The vast amount of cars and things to do with them is impressive. I always found myself chasing the next car or next upgrade for a car I really wanted to try out. I once found myself getting lost in the menus for a solid 20 minutes looking at all of the available unlocks and customization options for vehicles. That is a truly impressive feat, Turn 10! The inclusion of the James Bond vehicles is also a nice touch, given the games UK setting, and I found myself loving almost every single Bond car I set foot in. Customizing them with different tunings or colors was also a great challenge, figuring out which tuning works best for each car and fine tuning from there was also insanely fun.

The problem I had and still have with Horizon 4 is its atrocious multiplayer system. After 4 titles in the series, you would think they would have this down by now. Two friends and I wanted to join a convoy, which involved us searching through two different menus. Once we were finally joined up and in the same instance (more on that little detail in a moment), we were able to enter a race and compete. Racing alongside your friends and watching them pull off some insane block move so you can get ahead of the AI drivers was insanely fun and we smoked the competition. It all fell apart, however, once we hit the end of the race and had to re-group to move onto the next one. Forza Horizon 4 made the ungodly decision to put you back into YOUR OWN instance for a post race analysis, which would then disconnect the entire convoy, and we would have to start the whole convoy connection process over again. Its incredibly frustrating and something that really needs to be ironed out. I even tried checking my NAT and forwarding ports per some reddit post, but that did next to nothing to appease the almighty Forza Multiplayer gods, so we gave up and went about our own ways. This reconnect/disconnect thing happened after almost every race and I just couldn’t believe that a AAA title like this was having so many issues in a system crucial to its success.

As far as how the game looks and sounds, both of those aspects are knocked out of the park in terms of expectations I had going in. Horizon 3 gave us a nice jump forward in terms of graphical progression but Horizon 4 refines everything 3 gave us and then throws in the kitchen sink. There is absolutely jaw dropping, stunning views in this game and all of the cars sound incredible. The only knock against the sound design I really have is the music. To me, its just god awful and really doesn’t have a place here.

The Forza Horizon series, which was once viewed as a mere spinoff of the popular Forza Motorsport series has, in my opinion 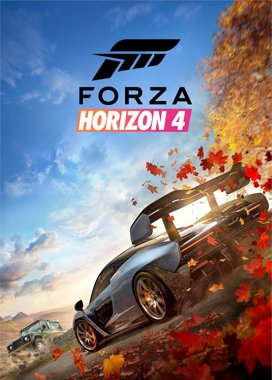 Overall, Forza Horizon 4 is the best the series has ever been when playing solo. Multiplayer is another story, however, and I hope they can refine that experience in an upcoming patch to give the game some more longevity.