Destiny 2 has been an odd experience from the word go. On launch, it was praised as a second coming of Bungie, with reviewers across the board giving it high marks in most areas. Then seemingly overnight it all came crashing down with baffling decisions being made time and time again that screwed over their loyal player base so much it was a marvel to see the Twitch Directory get above a few thousand viewers for a few months here and there. Bungie knew they had to come out swinging with the first major expansion for Destiny 2 to pull their asses out of the fire they lit under themselves. It was an incredible gamble, to put basically their entire future on the backs of this one expansion, but I’m happy to report they pulled it off…for the most part.

Forsaken feels like the breath of fresh air that Destiny has needed since Destiny 1 launched. It feels like the promise fulfilled that Bungie made when the original Destiny was first announced years ago, a great looter-shooter that you and your friends can engage in an insane amount of activities in for power levels, gear, and customizable ships and other equipment. For the first time, I felt compelled to log in and see what new things were available after a reset, to see how things changed over the past week and what new things I could discover. It was an incredible feeling.

Bungie put an emphasis on story here once again, but not so much that it overpowers the experience like the base game yet it wasn’t a shallow, short experience like the first two DLC (Warmind and Curse of Osiris) where my fireteam and I completed both of those DLC packs in 30 minutes and looked around going “was that it?” The cutscenes in Forsaken are absolutely mind blowing and that gut-punch death scene for Cayde-6, even though we all knew it was coming, absolutely captivated me and made me want to exact revenge for him, not in spite of him. The story content affects everything happening in this expansion in subtle ways and while it shows in every activity, nowhere more so is this shown off than in the raid, where once it was completed for the first time, it opened up a whole new set of activities for everyone who plays the game to accomplish. That alone was an incredible feat for Bungie to pull off and it sure made me want to log in the minute I got home that night so I could see what new content was unlocked for the story and items we could now acquire.

Speaking of the raid, man is it intense. Within the first 24 hours of it being available, only 18 people had managed to complete it, with thousands more waiting in the wings. Watching long time Destiny streamers figure out each puzzle and go through wipe after wipe was an exhilarating experience all of its own and one I didn’t expect. I’ll admit, I was hooked, I wanted to see this through to completion and I wasn’t even playing the content yet. That is a masterwork on the part of Bungie.

The new content outside of the story is well done here, as well. The new PvEvP mode, Gambit, is absolutely incredible and is a welcome change for those of us who were sick of queuing into The Crucible only to get mowed down repeatedly by the same team-shot meta weapons everyone was required to use to have even half a chance at winning the round. In Gambit, you and three other players start out taking on wave after wave of enemies, collecting resources called Motes that you can then bank to distract the enemy team. Once your team has gathered 75 of these Motes and banked them into the center console, it spawns your final PVE boss, The Primeval. Killing this wins you the round, and succeeding twice out of three times wins the match. The catch here is that your round can be invaded by one member of the enemy team who can cause all kinds of havoc to stop you from succeeding at this goal. It sounds so simple on paper, but its some of the most chaotic gameplay I’ve ever experienced in a first person shooter and I can’t get enough of it.

The weapons system got a complete overhaul as well, which was another much needed change. Gone is the pointless modding system, gone are the strict triad of weapon requirements. In its place there is a new mod system with meaningful modifications available for each weapon so you can customize its play style to fit your needs. Random rolls make a return, which can be both a good and bad thing depending on who you’re talking to. Personally I love them, but I would also love the option to re-roll your stats without having to randomly acquire that gun again.

With all of this praise I’m throwing out onto Forsaken, you might wonder why I’m not giving this game a glowing 10/10 review and calling this the best FPS of the year, right?

Well, here’s the thing...While all of these improvements are wonderful and the changes to the weapons system were much needed and welcome, the one area Destiny 2 still struggles to balance out is the power level grind. Hear me out here…I am an average Destiny player, I play between 2-3 days a week, but I use the most ‘efficient’ methods of gear farming, Milestones, to gather powerful engrams to try and level myself up to the highest possible light level (currently 600). Why then, does it feel like whenever I log in, I’m doing absolutely nothing right All. The. Time? I have played Forsaken since launch and still somehow have only amassed a Power Level of 514 as of this writing. Looking at the Destiny directory on Twitch, I’m not alone in this thinking, with streamers who do this for a living having expressed issues in getting to the proper light level for the raid without making personal time sacrifices. If it feels that poor to someone who plays this game for 5-10 hours per day how do you think it feels to someone who can only play the game a few hours at a time, maybe once or twice a week? I’m not saying we need to tear down the system and give everything to casuals too, but there has to be a happy medium here and Bungie needs to find it quick before the elation of “OOOO! NEW SHINY CONTENT” wears off in about a month or so.

Destiny 2 has been an odd experience from the word go. On launch, it was praised as a second coming of Bungie, with reviewers across the board giving it high marks in most areas. 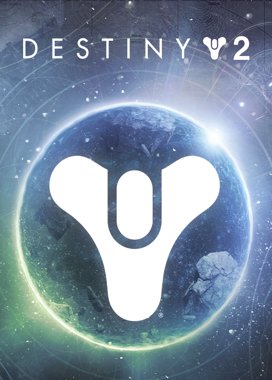 The best possible outcome for digging out of the hole Bungie put themselves in.

With all that said, Destiny 2 Forsaken is the best possible outcome, the best possible complete package one could have hoped for after Bungie lit themselves on fire after Destiny 2's original launch. It is an absolute blast from start to finish and has more content than I currently know what to do with. If they re-balance some things, they could finally have a truly great title on their hands. Only time will tell.
Overall
8.0
Story
8.0
Gameplay
8.0
Graphics
8.0