The World of _____ series has been immensely popular with gamers across the world. From the hit World of Tanks (which now spans across multiple platforms including PC and the Xbox 360) to World of Warplanes and World of Warships, Wargaming.Net has achieved massive success. Showing that you can make it big even from humble beginnings. Ask anyone 3 years ago if they thought World of Tanks would be a huge hit, and they probably would have said “Isn’t that supposed to say World of Warcraft?”

Wargaming released its latest entry into the “World of…” series at the beginning of July. An iOS version of World of Tanks called “World of Tanks: Blitz”. Does it match up to its PC and Xbox counterparts or does it fall flat due to its chosen platforms? Find out after the jump….

I will say it flat out; World of Tanks: Blitz offers some of the best mobile multiplayer ever. From the moment you login, Blitz feels like its PC and Xbox counterparts in all the right ways. It’s obvious that a lot of time and money was spent making Blitz look, feel, and sound as good as it does. From the sight of tanks rolling across the screen to the loud BOOM of the main gun as it is fired, Blitz is a labor of love audio and visually.

Touch screen controls are usually finicky and hard to manage but with Blitz that is not the case. The left stick controls your tank tracks, allowing you to move forward or backward and turn simultaneously. The right stick controls your gun and its sights. With your gun sights you need to take into account the distance of your target to you, and the speed they are travelling in order to successfully take them down. Your enemies are usually on the move however, and your shells travel at a realistic velocity to the target. It makes for an amazing feeling when you take down a tank solo or with a group of your team mates.

Speaking of team mates, combat is VERY team oriented, as expected. You can form a squad with your friends, or go solo and get a PUG team thrown together. There are limited chat features during a match, so Skype or another mobile VOIP is recommended if you want to stay coordinated and dominate your opponents.

As if these features didn’t sell the game itself… the deeper you get into the game the better it gets! The more you play, the more you appreciate its underlying subtleties. You realize what each type of tank is good for, and the more you research and upgrade your tank, the better you become at realizing what tank is good against which other tanks and can plan your arsenal accordingly.

This is a game that really thrives on last minute heroics in a match. At the end of a bitter battle when it’s just you and an opponent or two and you’re outmanned or out gunned nothing provides a greater feeling than taking those enemies down and winning the match for your team.

For a mobile games the graphics are stunning. Absolutely beautiful in comparison to some other WoT knock offs you see on the Play Store or the App Store. I noticed no frame rate drops or client side lag when playing even in heated, heavy matches and that floored me. My PC sometimes couldn’t handle that but it plays phenomenally well on iOS. The game sounds are fantastic. From the moving of the tanks, to the music, to the sound of each gun! It really makes you feel as if you’re right in the action.

The World of _____ series has been immensely popular with gamers across the world. From the hit World of Tanks (which now spans across multiple platforms including PC and the Xbox 360) to World of Warplanes a 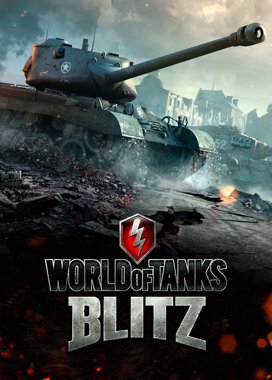 World of Tanks Blitz sets the standard for what a mobile multiplayer game should be.

Blitz just feels polished all around and sets the standard for what a mobile multiplayer game should be. Add in the sense of ownership that you get with each tank, the upgrade cycle that is incredibly compulsive, and the tactical know how required at the higher levels and you’ve got a game that is hard to pass up.