Wolfenstein. The series that has been hailed as the FPS that started it all. The modern FPS genre as we know it was born in 1992 with Wolfenstein 3D and influenced countless games since. The newest entry in the series, Wolfenstein: The New Order takes the series in a new direction. A world where the Nazi’s won World War II and now control the entire universe. It is a bold and direction and a huge risk to take for the series, whose 2009 entry; Wolfenstein was met with mixed reviews across the board. Does The New Order live up to its hallowed Wolfenstein name or is it another generic shooter? Find out after the jump!

Wolfenstein: The New Order is set in an alternate universe where the Nazi’s won World War II and have taken over the entire world. After suffering a massive head trauma, series hero BJ Blasckowicz finds himself 15 years removed from the world. The United States and its allies have surrendered, leaving only a small resistance force to fight against the Nazi regime.

The story, simply put is wonderful. Turning the traditional WWII shooter on its head with an alternate universe was a risky move, but one that played out very well in the end. The story flows well and there are never any missions or moments that feel like filler. Everything you do has drive and purpose to it which is a refreshing change from other modern shooters. Wolfenstein is also balances out the serious tone of the story with great humor at just the right moments that actually had me laughing out loud.

The most important thing in a first person shooter besides a great story is the combat and gun mechanics. Wolfenstein delivers a 21st century shooting experience in spades. Dual wielding various weapons (shotguns, assault rifles, handguns) is insanely fun, even if the aiming can be a bit wonky. Single gun shooting and aiming is satisfying as well with the combat feeling familiar to something like Call of Duty or Battlefield, but with a refreshing change of pace from those games in the form of stealth mechanics. Taking a cue from Thief and other stealth games, you have the option to travel the maps completely stealthy, using silenced weapons and knives to take out enemies. This is especially useful in taking out the various Commanders that can be found in a given area. If they notice you, they raise an alarm, calling for reinforcements and you’re going to have a baaaaad time, especially on higher difficulties.

Wolfenstein is also a very beautiful game. I ran on Max PC settings via Steam and only noticed a few graphical bugs and glitches here and there. They were forgiven however because I was so immersed in the world I was in. The only real annoyance I found with the game was it wanted to launch on the wrong monitor all the time, prompting me to play in windowed mode on my main monitor instead of full screen. While frustrating, it was manageable and the games performance did not suffer because of the windowed gameplay.

(It should be noted that story spoilers will be found in this review and the PC version (Steam) was used for the review) Wolfenstein. The series that has been hailed as the FPS that started it all. The modern FPS genre as we know it was born in 19 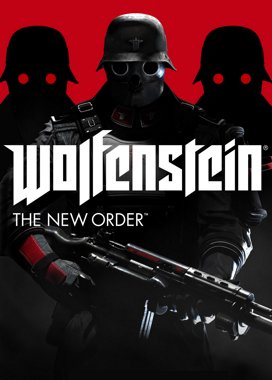 Machine Games and Bethesda succeded in bringing the Wolfenstein series back to the mainstream in a big way. The game is beautiful, with an engaging story and combat that feels familiar, yet has a refreshing change of pace from other AAA shooters.  I was disappointed that there was no multiplayer a la 2003’s Wolfenstein: Enemy Territory (a game I still play to this day) and hope that if there are other games in the series, they implement a multiplayer game mode to the game.