Ubisoft’s most anticipated game of the year Watch_Dogs was unleashed to gamers around the world yesterday, but does it live up to the hype?

In a re-imagined Chicago where everything is connected, hackers are referred as modern-day magicians. As a hacker everything is just a simple click away, from hacking bank accounts of the rich, tapping into a phone call to learn the location of a gang hide outs, to causing traffic accident or blowing out a steam pipe and causing mass panic of a blackout.

But it doesn’t start out like that, when you first begin you only have a very small partial access to the network via close connectivity. Much like Assassin’s creed you have to travel to ctOS towers and gain access. Luckily in our protagonists case he doesn’t have to do much climbing, simply slipping past the guards or even just using camera’s you can gain access to the tower. Gaining access to these towers is paramount to you, being able to use your facial recognition software, or simply to set off traps when evading from the police.

In a world where everything is truly connected Watch Dogs’ completely open map is big and hugely diverse and intricately detailed through-out. Even NPC’s (Non-Playable Characters) around the world have a bit of a backstory when using facial recognition software you can find out what he or she does or has done.

While Aiden Pearce’s character doesn’t stand out as strong as the supporting cast, as you progress through the game that once suppressed personality is shed some light on a little. However the support cast takes most of the lime light in this as their very well acted and animations are elegantly done also.

Watch_Dog’s can last longer than 20 hours though, because of the many side missions, and activities that pop-up along the way, but it doesn’t just stop there. During the first few hours of my early gameplay before the Uplay service went down, no doubt due to the huge surge of players. I occasionally got intruded by another player come to hack my phone, this was quite surprising for me the first time this happened, but they didn’t last very long as I quickly found the running to a car and shot blew out a steam pipe as they tried to get away. Ultimately leading to their death.

Ubisoft has put some tender loving into the puzzles you are presented with as you progress through the game, from camera to camera jumping some even worn by guards, to the infamous hacking puzzle that is both clever and used infrequently enough to not become annoying to get to the last terminal for you to hack and proceed.

Car chases gradually become more and more disappointing as you can’t fire out the windows, oh so how so many times I tired and ended up crashing. You can only ultimately win the car chase by hacking objects to prevent them getting away or aiding you evade. The driving is provides a very arcadey fun, cartoonish crash physics and roads littered with tons of breakable objects make smashing through shortcuts spectacular and hilarious.

While I spent a total of 15 hours already playing Watch_Dogs there’s still plenty more to do around the world, including the invasion of other players. However I didn’t have my fair share of frustration, from launch unlock of the game wasn’t till 9AM GMT kind of making my midnight launch feel a waste of time as I’m sure most other gamers felt. I also came across frame-rate issues and the odd graphical issue where I could see through everything. However it is day one of the game being out and given the vast amount of issues it’s had, I’m sure the team back at Ubisoft is taking all the feedback and working to address those issues right now. But I would like to see the addition to be able to select my friend and seamlessly jump into my friend’s game and hack him or her.

This review was conducted with the retail version of the game on PC.

Ubisoft’s most anticipated game of the year Watch_Dogs was unleashed to gamers around the world yesterday, but does it live up to the hype? In a re-imagined Chicago where everything is connected, hac 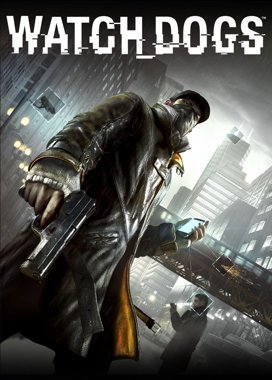 One-button hacking brings new and simplistic abilities to the table that make playing through Aiden’s dark and lengthy story feel powerful and fun. With the variety of side missions and multiplayer it all adds up to a huge adventure and stealth options let you play smart if you prefer. With car chases aside, Watch_Dogs is very well made, and has many unique ideas to make it an awesome open-world action game.