For months THQ has hyped WWE 13 as the next milestone in its wrestling video games, entitling “Live the Revolution” goes without saying it’s certainly a bold claim to make.

While the revolution may have happened last year with WWE ’12 making some significant changes throughout and THQ’s taking some risks, however this year seems to be different with not taking so many risks. I imagine this due to them trying to tread lightly with money problems lingering around, which kind of makes you wonder at the same time what have they done with the game?

I personally have to say WWE ’13 has defiantly set a high bar in defining a modern single-player wrestling experience, however there are some areas where it does stagger. While these may appear minor it would be nice to see some improvement made to them in either an update or the next game. Audio quality in some areas does become a question if they really did pay attention with how a sound effect sounded to the visual element, for example one of them opening scenes of a match was a one of the characters stood there on the ropes the crowd going while mean while it sounded like an apache helicopter was there shooting rockets as fireworks went off behind the character. You may think these things small but they do equate to the overall gameplay experience in the long run when you run into the same audio defects from time to time.

For character customization this has to be one of the most in depth character customizations, being able to choose from over hundreds of templates and then being able to tweak them to how you want your characters to look. That being said we’re going to see some funny and interesting characters over the next few days, below you can see my recreation of our very own Adam Null (Nocturnalvenom) from our ExtraLife cast in WWE ’13 below.

One of the nice features that has been included in this game is the “Attitude Era Mode” which is essentially the “campaign”, while the player is given both a primary and a secondary goal, primary goal always primarily being win the match however, those that complete both will reap rewards for recreating historical moments within the game. This is a great incentive to reward those who play the game to the letter of recreating history.

It has to be said that Attitude Era was one of the best elements added to this year’s WWE as it shows off how the game has potential with story based driven campaign, possibly we’re end up seeing what Medal of Honor Warfighter did with putting players in the boots tier 1 operatives and how it effects their lives over a cause of years will be done with WWE? Would that be an element everyone wants? For me it would be an interesting perspective to go down but should they go down such a route they should bear in mind with keep the current game modes they already have in the game before doing such.

While character voices don’t exist, it would be nice to possibly see some character voices venture into the game, along with some in depth look into how the games commentary works because majority of the time I feel like it’s someone just chattering away in my ear. However when playing Attitude era I suddenly feel more engaged with the game as the commentary really come to life, despite the fact it being pulled from the archives. Again audio effects such as the crowds also need to be looked into because these can range from being too loud to not being how to hear it, the crowd in these games are essential to making the atmosphere of the game come to life, like a sound effects of a battleground in a first person shooter make their atmosphere come to life. While there are various other odd glitches that do pop up from time and again my overall opinion for this game is that I have really enjoyed playing this game.

For months THQ has hyped WWE 13 as the next milestone in its wrestling video games, entitling “Live the Revolution” goes without saying it’s certainly a bold claim to make. 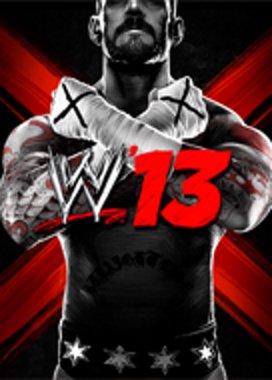 And being honest with my readers this is the first time in many years since I have played WWE, I use to sit on the coach many moons ago and what WWE in the morning before going to school for the day and when the original Xbox came out I played a few of the WWE games with some buddies and enjoyed them. However growing up I felt the games were getting to same old same old. So being able to play and review WWE 13 I have thoroughly enjoyed the experience of not only reliving some old memories but some of the old shows I watch through Attitude Era and being able to play them.

While WWE ’13 may not be a complete revolution it certainly is the start of one and I think THQ has defiantly stepped on to the right path on where to take WWE forwards in their next game, if THQ could take the crowds dynamics further and the commentary with a new Single Player experience then I feel not only would the game be a lot better but it would open up the game to a newer audience.