The Splinter Cell Series has really come far since it's Original Series start back in 2002. The Series that invented the Stealth Genre is back again with Splinter Cell: Blacklist. The successor to Splinter Cell Conviction.

Blacklist's story starts off when a group of 12 Terrorists called 'The Engineers' initiate a countdown of deadly attacks against the United States assets called 'The Blacklist'. Patricia Caldwell, Madam President of the United States, officially shut down the corrupted Third Echelon and replaced it with a new special operations and counter-terrorism unit called Fourth Echelon – a team of elite operatives drawn from different agencies, who operate in a mobile environment and perform missions assigned directly by the Commander in Chief, led by former Third Echelon agent Sam Fisher. Fisher and his team are assigned to hunt down the Terrorist Group and stop the Blacklist countdown before it reaches zero.

Personally I thought the story was great! Up until the end. I felt like the ending was kinda rushed and had an abrupt ending to it. I think they should've added in some kind of closure. Like Vic and Sam hugging and then what exactly is going to happen after with Fourth Echelon. Do they get reprimanded for going against the Presidents Orders. The group is obviously still together but I thought it could've ended better.

The Story missions are definitely replayable! Alot of effort went into the sneaking aspect of the game, obviously, and they really pushed it to make it a game that stands out from the series. From the design of the maps themselves, you can tell this game was made very well. It will not feel like you're constantly replaying the same mission over and over so replayability is at a high here.

Spies Vs Mercs makes its epic return with 5 playlists for you to choose from. I did feel like the Multiplayer was a little off balanced. Especially making the Mercs so Over Powered. Nothing a patch couldn't fix. There are coop based missions that you can either play Solo or Coop Only. These missions are all Optional but they help you earn Money toward Upgradable Gadgets, Suit Items, Weapons and Airplane Upgrades.

Graphics on the PC Version specifically look fantastic! Ubisoft experimented with a Directx 11 Specific new setting called HBAO+ which is an upgraded version of Ambient Occlusion. Ambient Occlusion adds shadows automatically rendered to the environment using the Directx 11 aspect of the video card. That mode, along with some Anti-Aliasing, makes this game look so beautiful! It's not perfect graphics but it's really comparable to Tomb Raider.

The Splinter Cell Series has really come far since it's Original Series start back in 2002. The Series that invented the Stealth Genre is back again with Splinter Cell: Blacklist. The successor to Splinter Cell Conviction 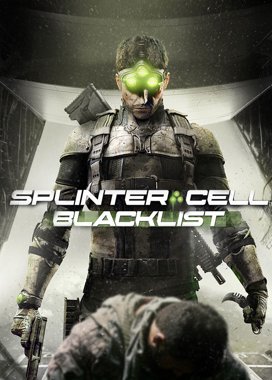 The Graphics and Gameplay are fantastic! The story wasn't all bad but it could've been better.