This review was conducted shortly after the release, on a retail copy of Titanfall on PC. This reviewer was prepared to drop into battle and armed with 32 GBs DDR3 Ram, 260 GB SSD, nVidia GTX 680, Intel I7 4th Gen.

Titanfall is one of the most hyped games of all time, developed by Respawn Entertainment, formed of former developers of Infinity Ward. Infinity ward originally changed multiplayer gaming with Call of Duty Modern Warfare, the developers are back under a new name, attempting to change multiplayer gaming again.

While Titanfall is an online only game, it does have a campaign dubbed “Campaign Multiplayer”. While classic multiplayer has its tiny cinematic moments of dropping into the battlefield and small videos on your HUD (Heads Up Display) and the map rotation randomized per the game mode you’re playing. The Campaign see’s audio briefings prior the start of each level and a more cinematic approach per your drop into the battlefield, and more frequent videos on your HUD.

Playing the campaign will put you on either the IMC or Militia, which will ultimately lock you to it as you progress through the nine missions. But like any story there’s always two sides, once completing a side of the story you will unlock each sides Titan chassis upon completion. While the story may appear short it’s got a well-built background and continuously adds to the fiction as the story progresses. It also has to be said that it’s defiantly a great experiment towards online story arcs.

I’ve spent over a dozen hours from the beta to the retail release of Titanfall playing the multiple game modes, I can see myself putting many more hours into Titanfall as the gameplay is always offering something different.

While the beta only included two maps the full retail version includes a grand total of fifteen maps, presenting different opportunities in each environment.

As a pilot you have an enormous amount of mobility which used correctly can get you into all kind of places from wall hanging to some of the highest points. But fear not wall running comes naturally and what seems like work makes Titanfall a playground of mass versatility. Respawn Entertainment encourages you to take some truly death-defying jumps, which added together can build some incredible amount of speed.

While most pilots will spend around 80 percent of the time on foot, good pilots will be coming at you left right and centre with a two-story tall robotic nightmare dubbed “Titans”. While your Titan is being built aboard your command ship, you can speed up its progress by completing objectives. Once completed you’re given the option to call it down and climb in.

Titans are fast powerful weapon platforms that offer different set of considerations than pilots, their guns are cannons, and any pilot caught underfoot will be crushed. But their also vulnerable, every pilot carries his or her own Anti-Titan weapon which used effectively can take a Titan down.

As players may also notice there are a number of A.I.s running around the map, this is one of Resapwns other elements of the equilibrium designed to keep the balance and pilots always on the move, this is a game that truly prevents camping.

While many will be asking what are the perks this game offers during multiplayer, scrap the system because Respawn have come across yet another truly awesome feature to its gameplay mechanics. One time use Burn Cards, you can only equip three burn cards per round, but be careful when using them because once you’re dead it’s gone for the rest of the match. Fulfilling challenges also rewards you with burn cards.

This review was conducted shortly after the release, on a retail copy of Titanfall on PC. This reviewer was prepared to drop into battle and armed with 32 GBs DDR3 Ram, 260 GB SSD, nVidia GTX 680, Intel I7 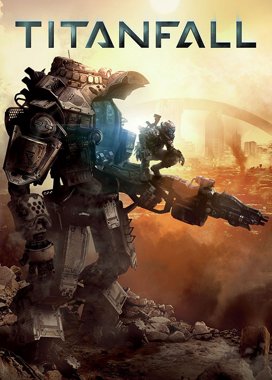 Titanfall blows away the competition

Titanfall lives up to the very hype it created at E3 back in 2012, delivery some fast multiplayer matches that will deliver some spectacular holy shit moments. A bold and epic campaign unlike any game before. This is a must buy for any first person shooter fan.