Sniper Elite III is a big improvement over its predecessor’s stiff linear gameplay, swapped out for a more open-ended approach to stealth-shooting. While still delivering that satisfaction from the same violent X-Ray-vision carnage that erupts whenever your bullets meet their targets.

These slow-motion, long-range kills are what keep the Sniper Elite franchise from being just another generic World War II shooter. Every effort is made to feel dramatic from the moment you pull the trigger on your sniper rifle, giving your shot a tension sense of impending destiny as it roars through the openness to its target. These slow-motion kills never get old enough for me to opt to skip them.

The theatre of war has never looked so beautiful, set in the African backdrops during the height of World War II, Sniper Elite III gives its player semi-free rein to explore and murder Nazi occupiers in whatever way you deem fit.

While Sniper Elite III’s campaign is just eight stages long, they’re a blast to creep through, each level enormous and diverse with multiple objectives giving you a clear progression through the map. But how you reach and tackle these objectives is up to you. Finishing a level can take as long as a couple of hours on when trying to complete all the optional objectives and hidden items scattered through-out the campaign.

While the story is a fresh and more focused on Karl, a gravel-voiced American sniper who at times seems to almost singlehandedly dismantle the German Afrika Korps. It wouldn’t been a Sniper Elite game if it didn’t have its clichés and occasionally laughable dialogue.

Sniper Elite III’s AI encourage you to take it slow and stealthy, spotting and tagging guards with your binoculars. But be aware that should you fire anything but your silenced pistol, say your sniper rifle in the open be prepare to relocate often, unless you sound is masked by some noisy machinery.

Pushing players to relocate gives Sniper Elite III a fun cat-and-mouse feel all while making the atmosphere tense from the possibility of the German army breathing down your throat should you be spotted.

But should you choose to clutter the horizon with bodies you can get away with it, as there is no penalty for breaking stealth as you mainly earn experience through kills.

Offering different set of online modes you can pair up with a buddy and tackle the onslaught of endless enemy waves or tackle the campaign. Or should you feel in a more competitive mood, take to the online mode and take out other players from a distance. Online mode emphasizes distance and sneakiness.

Sniper Elite III is a big improvement over its predecessor’s stiff linear gameplay, swapped out for a more open-ended approach to stealth-shooting. While still delivering that satisfaction from the sa 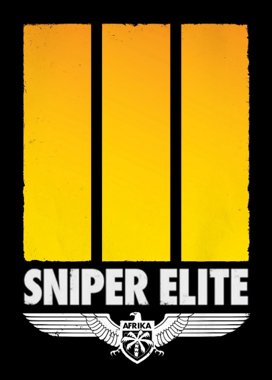 Packed with open level designs and objectives in more than enough variety, the tense atmosphere of stealthy gameplay to counterbalance its thin story. Sniper Elite III is a fun skull or balls popping experience (depending on your choice).

Sniper Elite III is more than just a showcase for its slow-motion X-ray pornographic gore. It shines for its open-ended approach to stealth and its environmental backdrop thrived with tense atmospheres on cat-and-mouse sniper affairs.