The Secret World, by Funcom, releases officially tomorrow, July 3rd. I have been enjoying the early release of the game, as have my colleagues in Blacklisted. Over 70 of us have been doing quests, doing pvp, and doing dungeon instances. I have heard very few complaints, but I admit I did not hear a ton of complaints initially about Star Wars the Old Republic either.

Star Wars, though, as you leveled up exposed flaws in the system and lack of end game. Secret World’s plateau of ‘end game’ will not be reached in a week like it was in SWTOR. Too many expensive skills, in a semi-levelless system, means things will go slowly after a while.

The game hasn’t released without some bugs. The chat server kept crashing and having issues, and some of the missions were bugged. A major patch hit today, before release, supposedly fixing the more agitating of the problems. Still, I can say the label of ‘Failcom’ Funcom acquired after bad releases of Age of Conan and especially Anarchy Online (one of the worst ever), can be effectively dispelled with this launch.

I have seen some reviewers bash on the fact only three or four main areas have been described. However, this leaves plenty of room for expansion. Maine (traditional home of Cthuhlu mythos), Egypt, and Transylvania are detailed in multiple zones each. This leaves so many other places available.

Another person has reviewed the game and said the 3-3-3 tiered system of melee, ranged, and magic looks limited. This, though, is another area of expansion potential. Martial arts and weapons, ranged weapons like submachine guns, and other arenas of magic can all be added down the line, expanding the game.

Star Wars, in contrast, wrote themselves into a corner with no easy way to expand. World of Warcraft and Rift both have to invent new lands not on the original map in order to expand. The Secret World will not have this issue, having plenty of places from Crete, to Shangri-La, to the Amazon Jungle yet to be used, and those are just three areas off the top of my head I can think of for expansion. Mystical places abound in the world, and have the potential to be expanded upon in the future in the detail already done for the three zones.

The shard system is the last thing I want to mention with just one word: wow. I was online when my shard stopped responding, and it asked if I wanted to be shunted over to a different shard to continue to play. No other game out on the market can do this move on the fly, proving the Secret World is built on the backbone of business technology: VMWare, instead of a standard set of server farms. This innovation alone makes watching the developments of future Funcom products promising. Age of Conan 2, perhaps, with this technology?

The Secret World, by Funcom, releases officially tomorrow, July 3rd. I have been enjoying the early release of the g 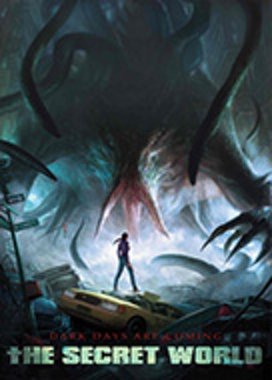 Yes, I was already excited for The Secret World. I am even more excited looking into the future of the game now having played it three days and running.