Ryse: Son Of Rome may be the most cynical but beautiful game I have played todate, powered by Crytek’s latest iteration of the powerful CryEngine technology, it seeks to be even more of a visual spectacle. With every inch a calculated contender with God Of War’s Franchise. While Ryse doesn’t fully embrace every inch of new hardware available it provides one of the most cinematic gameplay experiences with endless entertainment.

Ryse follows the story of Marius, a soldier-turned-centurion with a tragic past, torn apart by a barbarian invasion, Marius becomes of the Roman legion’s fiercest warriors, fighting on the front lines of then expansion of the empire into new territories.

While at the beginning of the game we see Marius quite calm and eager to have joined the Roman army, enjoying some time with his family before his deployment which is quickly replaced by tragic events pushing Marius to be driven by revenge. Offering vast twists, beautiful cinematic the game’s story is well thought through delivering a revisionist history version of ancient Rome.

One of the most interesting mechanics of the gameplay was the very fact that you could take control your army in a formation only at certain segments of the game rising shields to block incoming arrows only to lower them and throw spears back. An entertaining mechanic, but what really sets you in the position of power is when you’re standing on the wall of a castle defending it from an oncoming invasion. Commanding your troops to push down ladders, provide archer fire and take down siege towers, while dodging incoming catapult fire.

With Kinect plugged in the only use that Kinect provides is through the support of voice commands which are simple and to the point, for example “Fire Volley” would command your archers to provide you with some assistance. These voice commands highlighted by holding the left bumper at certain points in the game are fast and helpful. And with the new Kinect 2.0 it understands you in a matter of seconds unlike the original Kinect where you would be most likely shouting at it before it understood you.

While gameplay can sometimes get a little repetitive, upgrading skills throughout the game allows you to unlock new execution moves providing, you execute buttons at the correct moment of course. While Ryse can get a little dull with the repetitive sword play it is by far one of the most beautiful games for a launch title on the Xbox One, providing a short but climatic story. But not building a hype for a franchise, which would have been interesting to see what they could have done.

Ryse: Son Of Rome may be the most cynical but beautiful game I have played todate, powered by Crytek’s latest iteration of the powerful CryEngine technology, it seeks to be even more of a visual spe 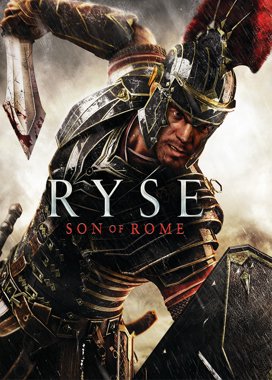 Ryse: Son Of Rome may have its repetitive sword fights, but Crytek delivers us a brief look at some history in a beautiful world, a truly stunning game at the launch of next generation of Xbox.