14th November 2008 – the day FIFA lost the vast majority of its appeal to me, was also the day I picked up my first football manager game. Coincidence? Of course not. To those of us who love the beautiful game, the Football Manager series is unmatched in being an incredibly in-depth simulation of the sport, in all of its statistical glory. From the moment I got my first taste of real management simulation, the comparably arcade-like experience of FIFA was relegated (pun of the season) to the role of a simple kick-about with mates (I did it again.)

Anyway, enough of this silly word-play and onto what’s new in FM 2015. First of all, I have to say that the new UI is, in my opinion, a huge improvement in many areas. It’s chunky, bright and everything is layed out at your fingertips. The much-used search bar is now right in the centre at the top of the screen and I love the decision to combine player searches with scouting, encouraging you to make use of those scouts that you’re paying through the nose to keep at the club. The changes were jarring at first, especially to someone who has been so used to the same basic layout for so many years, but I encourage any veterans to give it some time and I assure you that you will grow to love it. Similarly, the match engine looks a lot prettier. You can now make out individual supporters and the addition of certain small touches, such as the inclusion of businesses and burger vans behind lower-league grounds, adds that extra bit of immersion that long-time fans of the series will really appreciate.

Unfortunately, this is where my praise ends because FM 2015 includes some really questionable design choices at the core of its engine. First and foremost, scouting has been rendered almost useless by a new system which gives you a rough estimate of a player’s ability. It will then take months of scouting to pinpoint exactly where a player’s strengths lie. You may argue that this is somewhat realistic, especially for smaller clubs with fewer resources, but practically this means that you can end up wasting your entire transfer budget on poor quality players before the first game of the season. I ended up re-starting my career three times before I managed to build a squad I actually wanted to play with.

Another grievance I have is that while the match engine looks great, it doesn’t run particularly well. I have 8 gig of ram, a core i5 processor and a GTX 770 graphics card and it still stuttered and lagged its way through every match. The AI also seems to unfairly favour the use of attacking midfielders and wingers and lobbing constant early, lofty crosses into the box. I played a 4-2-4 formation with a League 2 club and constantly battered the opposition by simply signing two offensive wingers (through the use of Google because scouting would have taken far too long) and constantly pumping balls into the box. I barely scored a goal through any sort of build-up play and neither did any of the opposing teams.

Beyond these few, key points, there really isn’t much more to say about FM 2015 that you wouldn’t already be aware of if you’ve played any of the last two or three games in the series. I know that some of my grievances can be toggled on or off, but I’m one of those pesky people who like to play the game the way the developers intended it to be played, with all of the features turned on.

14th November 2008 – the day FIFA lost the vast majority of its appeal to me, was also the day I picked up my first football manager game. Coincidence? Of course not. To those of us who love the beautiful game, the Football Manager series is un 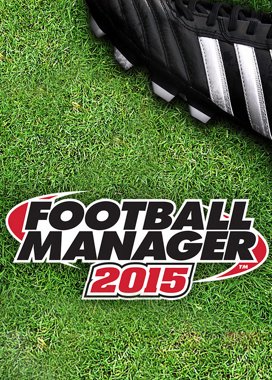 Still the best way to manage a footy team, despite taking a step back on last season's offering.

While this isn’t a bad game at all and it is still a deep and involving simulation made by a team who clearly love the beautiful game, I find it very hard to want to play FM 2015 when I genuinely feel that FM 2014 is a better game and I can’t really recommend that anyone upgrade, at least not until the mid-season patch comes out and fixes some of the issues with the match engine.
Overall
6.3
Story
0.0
Gameplay
5.0
Graphics
7.5