Remember Me is a third person action adventure where players take on the role of Nilin, a former elite memory hunter with the ability to break into people’s minds and steal or even alter their memories. The game is based in Neo Paris 2084, where personal memories can now be digitised, brought, sold and traded. Privacy is a matter of the past in what seems to be an explosion of social networks at the beginning of the 21st century.

As you begin the game you find yourself watching your character having her mind wiped, by a person named Dr Quaid, why have we had our memory wiped? We don’t know. But as we begin to explore the basic controls of moving we are slowly introduced to a dark a gloomy world.

It’s here as we are on the edge of being totally rewritten, that a voice reaches out for us and helps us escape from this nightmare and are once again released into the world to find yourself once more. But this time you have a helping hand who is going to be your guardian angel named Edge but what is his story and why is he so eager to help you?

As you escape the facility you were kept in you join a resistance against Memorize where you will ultimately begin your crusade to regain your memories and find out what Edge’s ultimate plan that he has put in motion. Along your journey you will have the ability to remix memories and even steal people’s memories.

Remixing people’s memories are a real time event where you must interact with the scene in a god like presence to alter the outcome of that event. For example making a car crash someone else’s fault than the other person that was blamed, or even making someone commit suicide over an event that someone’s memory has been altered over.

Stealing memories is just a simple click of a button, while this is simple and elegant to the gameplay it would have been intriguing to see if the makers DONTNOD Entertainment came up with any ideas for a similar real time event of the Remixing but for stealing memories instead.

For the combat system think Devil May Cry but less complex and more customizable, your find that as you progress through the story you will begin to remember certain special moves. These moves will required “focus” to perform such moves however when used in the right situation can turn the tables in your hands drastically.

Customizing your combos will determine how well you do in combat, each move has its own effect, depending where in its placed in the combo will vary its value of effect.

However the targeting system can be tricky when facing up to ten or more enemies at a time.

Remember Me is a third person action adventure where players take on the role of Nilin, a former elite memory hunter with the ability to break into people’s minds and steal or even alter their memories. 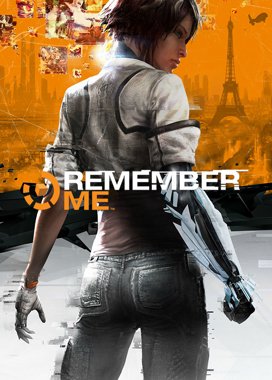 Overall Remember Me is one of the best third person action adventure games to date, in terms of story, gameplay, graphics and soundtrack. This game will require some strong thinking at certain obstacles but that’s nothing for those that like solving Batman Arkham City Riddler’s riddles. Fantastic story which is supported through the game by a strong character connection to the player and the environments in which you play.