Published and developed by Crystal Dynamics, Pandemonium is often overlooked as a platformer since it was released in the shadow of 3-D games such as Tomb Raider back in 1996. Suffice to say that this game is technically a 2.5-D game, meaning that although there are 3-D elements and environments, you still have your traditional 2-D scrolling platform style.

The story is pretty simplistic and marginally clichéd, probably only there to give the levels some meaning. Nikki, an apprentice sorceress and Fargus her freaky jester companion have “borrowed” a spell book in which Nikki is having some fun experimenting with until she accidentally summons a monster that devours the whole kingdom. In order to put things right you must jump, shoot, and slide your way through 18 crazy looking levels to finally reach the wishing place where the monster lays in wait.

Although you can choose to play with either character, Nikki is by far the most useful with her double jump ability, since this is a platformer and a fair bit of bouncing off enemies to get to keys is required. You may find yourself playing as Fargus for two reasons: if you’re not afraid of creepy looking jesters or if you feel like a bit more of a challenge to the game.

Generally Crystal Dynamics have managed to put a nice twist to the traditional platformer. Instead of just having to jump on a monsters’ head to gain enough height to reach the desired platform, you also can be swept up by tornados and even transform into a fire breathing dragon to fly past certain areas. But what is unavoidable is that the levels are confined to a single track. Having the game as 2.5-D does make the camera angles sometimes unforgiving, which in any platform game can be extremely frustrating to the point that you want to throw your controller at a wall. It can also make jumps difficult to judge the distance and you can sometimes find yourself falling to your demise past the bouncing spider web that you were aiming for. However, this doesn’t happen too often and actually the camera occasionally zooms in and out of the colourful and yummy 3-D environment, giving the player a bit of escapism from the fact that they are just playing a simple run, jump-a-lot-and-shoot-things type game. There are only a few power-ups available: a freeze shot, fireball and a shrink ray which is somewhat amusing.

This game uses a password system which at the time was a fast and almost faded method of keeping a record of your game progression. Why they felt the need to use this style again I have no idea, it’s not like the game is going to take up three blocks on your memory card. You can also use the password screen to enable cheats should you just want to play a filler game after you’ve completed Crash Bandicoot or Tomb Raider. If you want to challenge yourself to your limits, each level gives the players a chance to unlock bonus levels like “Speed Greed”.

The soundtrack to the game is a bit of a mix for me. Some of the sound effects are repetitively annoying like the “boing” sound Nikki’s jumps make. However one that I don’t mind hearing is one monster’s “d’uh, d’ah, dhur” type sound which does make me chuckle.

Published and developed by Crystal Dynamics, Pandemonium is often overlooked as a platformer since it was released in the shadow of 3-D games such as Tomb Raider back in 1996. Suffice to say that this game is 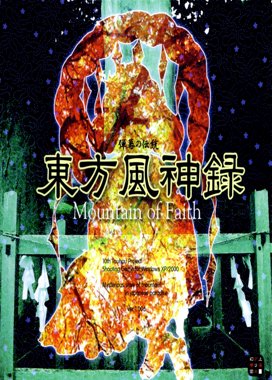 Overall I think this game has its lovely moments like any good platformer out there. Unfortunately it doesn\'t make full use of the 3-D capabilities that the PlayStation 1 has to offer like the other 3-D action titles available at the time. Despite its flaws and as a platform gamer myself, I am still very fond of the game and able to have a lot of mindless fun.