You ready to be scared? You ready to cower in your seat? You ready to run for your life from the crazies at Mount Massive Asylum? Well then check out our review of Outlast!

You play as Miles Upshur, a journalist investigating mysterious occurrences at the decrepit Mount Massive Asylum in Colorado. Miles receives an anonymous tip one day about experiments still going on at Mount Massive Asylum so he goes to investigate. As the most prudent of investigators, Miles enters the asylum—which is, of course, populated by homicidal mutated freaks—armed only with a video camera. Naturally, things go horribly wrong, and Miles is forced into a desperate battle for his life and sanity.

For its first hour, Outlast feels promising. Navigating the ruined corridors of the asylum, you quickly pick up the game’s few mechanics: how to run, hide, sidle along ledges, squeeze between obstacles, open and close doors, and especially how to use your camcorder. Activating its night-vision mode is the only way to find your way in the darkness of the asylum. Like lantern oil in Amnesia, batteries are scattered around the environment. Scrounging for them becomes crucial, since night-vision rapidly drains your camera’s power. This is not a terribly original mechanic, but it’s an effective one; conserving battery power by only allowing yourself brief glances through the grainy green viewfinder adds to the tension created by the unnerving environments.

Batteries are not too scarce though in my opinion so I didn't find it to be a burden for batteries as there were plenty around to find. Only if you were totally lost I would understand running out of battery power. The game took me around 4 1/2 hours to beat and all I can really say is the game relies alot on jump scares for its horror aspect. The Asylum Floors, Sewers and overall Environment add to it's horror aspect, especially the darkness, but you don't feel helpless in the dark with your camcorder and night vision.

When you get to the end of the game it seems like they pulled a Cabin in the Woods. You'll see what I mean when you get there. The ending is pretty good as well but also can leave you feeling confused. So be sure to pick up all notes you can find and use your camera often to reveal more storyarc along your pathway to the finish.

Personally I thought the Jump Scares became overdone and boring overtime. After the first hour they became kind of expected and repetitive so the horror aspect started to disappear during my Twitch.tv Stream Playthrough. The overall graphics were actually pretty awesome in my opinion. Even better if you make some Config ini tweaks. The overall Storyarc did get even better and better as you progressed which made me want to finish the game.

You can view my play through of the entire game from our live stream below.

You ready to be scared? You ready to cower in your seat? You ready to run for your life from the crazies at Mount Massive Asylum? Well then check out our review of Outlast! You play as Miles Upshur, a jour 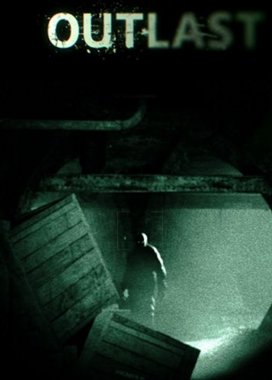 The ambient sound and Environment really does make this game stand out on it's own but the horror starts to disappear after the first hour. Graphics are nice as well.