Comparisons to the Assassin’s Creed series are unavoidable when playing Shadow of Mordor. You parkour your way around Sauron’s domain, leaping from rooftops and climbing tall towers in order to unlock detailed information on your map of the surrounding areas. But in reality, that’s where the similarities end. This game is a breath of fresh air to play and one that both fans of Tolkien and newcomers to the lands of Middle Earth will enjoy in equal measure.

The basic premise is quite simple. You are Talion, a ranger of Gondor whose wife and child have been murdered by the Dark Lord Sauron’s orc legions. However, death refuses you and you are given a chance at revenge along with the ghost of a long-dead elven smith. Working together, you must cut your way through Sauron’s army and rescue the human slaves that he has taken.

I’ve been playing computer games for over 20 years and I can’t remember the last time I played one which actually attempted to give a reason for why the protagonist repeatedly dies and then returns to life to continue his quest. Neither can the orcs apparently, who can regularly be overheard talking about the ‘gravewalker’ and sharing their theories on who he is and why he is unable to die. It is this attention to detail that makes Shadow of Mordor such a thrilling experience. I remember one particular orc captain, Bluth the Sneak, who killed me over and over again. At first when I returned, he would mock me, asking if I enjoyed dying or if I was just a stickler for tradition. After about the 10th kill, he began to complain that it was getting boring for him. The feeling of satisfaction when I finally stuck his head on a pike was one of those moments that remind me why I love this hobby so much.

The slaying of orc captains is the main mechanic of the game. All armies have a hierarchy and the orc hordes are no different. As you journey through Mordor you will learn about (or sometimes simply stumble upon) various ranking members of Sauron’s army. If you kill them, another will eventually take their place. If they kill you, they will effectively level up, gaining new abilities or buffs and sometimes even getting promoted to a higher rank. Occasionally the orcs will fight amongst themselves, vying for power and fame and there are numerous other ways in which these captains can rise or fall. Messing around with the enemy’s army and orchestrating the fortunes and fates of these orcs is one of the most original gaming experiences I’ve had in a long time. Unfortunately, it was also one of the most frustrating.

Whenever a game randomly generates anything, be that loot, enemies or terrain, there’s bound to be a small contingent of players who end up getting really unlucky and having a bad time. This randomness, combined with the fact that I lost fights with a core group of elite orc captains several times in a row, meant that I inadvertently created an army of indestructible super-bosses that required several hours of grinding up levels and abilities to defeat. Fortunately, the land of Mordor is a well-designed and exciting place to adventure around and the combat is excellently designed. It utilizes the attack/counter system that players of Assassin’s Creed and the recent Batman games will be familiar with. Talion's sword and dagger swing with exhilarating pace and the blows have serious weight to them. The combat animations for both the orcs and Talion are so innumerable that I don’t recall any of them appearing with any amount of regularity, ensuring that fighting the orcs never stopped being fun for the 20 or so hours that it took to complete the main quest line.

In terms of story, the game takes place in-between the Hobbit and the Lord of the Rings, utilizing that time period to full effect by showing the formation and initial gatherings of Sauron’s army. I can’t say too much without dropping any spoilers but in truth, the story very much takes a back seat to the action and I found the emergent narrative of creating and destroying the careers of orc captains to be far more compelling than the one actually being told by the main quest lines. One or two of the characters from the novels/films make an appearance, but the game essentially takes the fertile ground of one of the many areas of Middle Earth that didn’t feature heavily in the Lord of the Rings trilogy and tells its own story, in its own way.

Comparisons to the Assassin’s Creed series are unavoidable when playing Shadow of Mordor. You parkour your way around Sauron’s domain, leaping from rooftops and climbing tall towers in order to unlock detailed information on your map of t 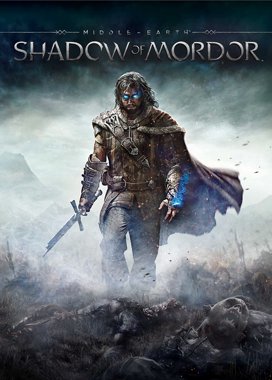 Shadow of Mordor is a genuinely original, thoroughly enjoyable, flawed gem of a game.

To summarize, I would describe Shadow of Mordor as a flawed gem. There are some questionable design choices, such as the decision not to include a compass for navigation in a game entirely about getting from place to place, or the heavy reliance on quick time events. But this type of thing hasn’t been done before and in any experiment there is bound to be a few failures. Shadow of Mordor is a genuinely original, thoroughly enjoyable action-adventure game and I would highly recommend you give it a try.
Overall
8.0
Story
7.0
Gameplay
9.0
Graphics
8.0