Medal of Honor has always been one of my favourite franchises, especially for the story.  With Medal of Honor Warfighter what it strives to do from the very go is to give you the best impression of what it’s like to live as a Tier 1 operator. With the depth of the detail from each cutscene, right down the muzzle of the gun it’s clear the developers had the upmost respect for the outstanding extraordinary men and women of the armed services.

Powered by the engine that brought you Battlefield 3, this is most certainly one of the most beautiful Medal of Honor’s to date, while the graphics look amazing right down to the very last pixel, the story is the other thing that will make you want to play this game because of how captivating it is.

While I played the story for 8 hours I found each new moment amazing, everyone moment was filled with real paced action sequences, making you really think how to do deal with each situation carefully. I actually found myself playing the game at a slower rate than what I would usually play like a Call of Duty based campaign, and this was because Medal of Honor was designed to put you in the shoes of real Tier 1 Operatives and presented you with similar situations they would or have been faced with on the frontlines.

With multiplayer feeling like a nice balance between call of duty and battlefield, for the style gameplay, balance of weapons and maps. However there is a downside currently, with playing the story and the multiplayer I feel this game has also had its fair share of moments of frustration, and I’ll explain why in detail about each section.

While playing through the campaign on the pc version of Medal of Honor Warfighter I found myself getting a little frustrated with how at the end of each level the game would close and reopen, forget my screen resolution play the cutscene and then reload my resolution after the cutscene. This was mainly the only issue I only ever experienced during the story aside the odd AI standing inside a wall.

This on the other hand is completely different I have experienced a lot of issues with mainly all the same bugs I found in the Xbox 360 Beta earlier this month. Which I’ve been through the Medal Of Honor Warfighter beta bug forum to see if people had reported the same issues, to which I found they had. Now if they resolve these issue I think the game would have gotten a better rating than what it did from other review sites. Below is the bug list I have compiled and would like to see fixed ASAP. Once the following bugs are resolved we will write another review with updated scores.

[1] If someone shoots one side of a tree bullets won’t pass through however if someone else shoots the other side of the tree at the same time their bullets pass through.

[3] Spawning under the map

[4] Getting stuck in certain spots due to collision issues

[7] Double XP not counting towards rank

Medal of Honor has always been one of my favourite franchises, especially for the story.  With Medal of Honor Warfighter what it strives to do from the very go is to give you the best impression of what i 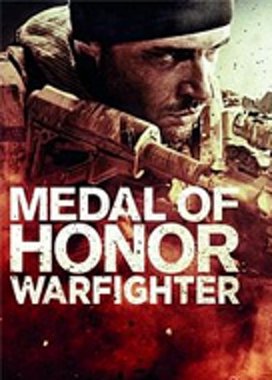 Great single player experience however the bugs in multiplayer let the game down.