Far Cry 3 is one of the best games in my books of 2012, now before I dive into the review of the game I’ll give you the specs of my PC that I was playing Far Cry 3 on so everyone knows where I come from when I speak of pure beauty of graphics.

A lot of people will question my use of Windows 8 however I personally find it quite helpful with my line of work, again some people have also had a few issues when it comes to playing Far Cry 3 and various games with Windows 8, I’ve yet to experience this.

From the start of Far Cry 3 you immediately start to develop some connection to your character and with what situation you are put in, upon breaking free with the help of your older brother who is military trained. You’re quickly put through the paces on how to sneak, distract enemies away to certain points with throwing rocks allowing you to sneak past.

However its right at the start that gets you, as you’re making your great escape things suddenly take a turn to the worse. As of late this is how many games open up right at the start things are either relatively calm or extremely bad, but there’s always that sudden twist that gets you every time you just play along thinking when and how is this twist going to be played.

Well I think this is where Far Cry 3 gets your attention straight away, you’re about to break out and then BANG literally it hits you full on right in the face as your brother is shot in the neck, you (Jason Brody) start applying pressure to his gunshot wound that is rightly placed in his throat as Vass continues talks to you in the crazy fucked up way his character plays. As you sitting there holding on to your brothers fading life and Vass is threatening you with crazy words, you realise your actually more connected to the character than you initially thought, a sense of panic has kicked in as it were, alongside the sense of wanting to kill Vass.

What happens next took me by surprise giving you a real sense of panic and adrenaline, Vass sets you free but then it becomes a man hunt, pirates and dogs start chasing you as you flee for your dear life. A great way to introduce you to the island, Vass, and your character Jason Brody.

After the introduction and you start getting your hands on weapons and exploring the island taking over radio towers which seem to get a lot more difficult as the game progresses on, taking down different wildlife to produce new gear and drugs that will ultimately help you progress through the game. The best part is that you can go collect all the animal skins before you do any of the missions and build you gear up however it does come at a price as you go to some of the different areas you face more deadly predators that will kill you in a heartbeat if you don’t react fast or have a good weapon in your hand.

Fantastic while I can feel mighty and powerful during an assault on an enemy camp or suddenly weak should a tiger decide it’s going to jump me during that assault so you really do have to pay attention not just to what you can see on the screen but the sound also of a possible approaching predator coming to take you out.

With all the stunning beauty of the island, wildlife, and all the characters you really do get quick connected to Jason Brody as a character and understand the world as if it was really you it was happening to. Sure the game may have its little remarks towards certain things in real life such as racism, rape, slavery but isn’t it just making us more aware of what’s really happening already?

Now when I mention rape we don’t actually see any of that, the hints are there to make us more aware of what actually does still go on even into this day and age. As for racism it’s touched upon yes I won’t deny that but it’s something you can just brush off your shoulder, because in my honest opinion it adds to the games humour and also reflects on the real world.

With Far Cry 3 I’d say while the developers did indeed dare to take the risk in some areas I think they had the right balance of it all and it’s made it one of the best games of this year to play. With the amount of depth the developers have put into the game with the Story, Characters, wildlife and the island itself you quickly grow to enjoy the game. 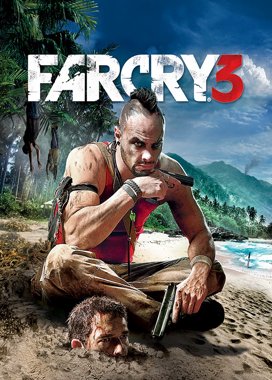 By the end of the game you will have a choice which will play one of two outcomes, and I have to say I was extremely surprised how the game ended because it left myself on a cliff hanger I actually wanted to know what was going to happen next? So will we see a Far Cry 4? Time will tell.