Editor’s Note: I’m a fan of Bungie’s work with Halo and one of the most shooter-oriented players among the staff here at Senshudo TV, pouring many hours into a diverse array of shooters (It’s most likely in the 100,000 hours region if you were to keep track).

Bungie is best known for the development of the Halo franchise that launched on the original Xbox back in 2001, a franchise that redefined first-person-shooters genre, after the release of Halo 3: ODST the studio went independent.

If you enjoyed Halo’s story you will enjoy Destiny’s, Bungie has taken its experience from Halo and evolved it with just a hint of space magic.

Bungie has always describe Destiny as an MMO, but not your typical MMO. I prefer to call it a MMO-FPS as it takes the basic principles of an MMO and mixes them with all the best of an FPS. This is truly a genre breaking experience for consoles.

As you embark on your journey you’re revived by your Ghost, voiced by Game of Thrones’ Peter Dinklage who players would argue plays a similar role as Cortana from the Halo franchise. You are a Guardian of the last city of Earth guarded by the mysterious traveller, baring all the hallmarks of an epic sci-fi with the human race under fire and almost extinct from alien threat.

The artistic direction of Bungie has always been to be in place where things could be taken to be realistic but at the same time remind people it’s just a video game. That being said it’s a beautiful artistic direction for this universe with such a rich diverse palette of colours.

With the artistic direction and story it would be nothing without the music, Marty O’Donnell delivers one of the best soundtrack’s to-date. Delivering the impressions that there’s a whole universe out there for us to explore. While the initial release is limited to our solar system, you can sense from the scale of the universe Bungie has some big plans in terms of future content.

Enemies are laid out just how you would mobs to be in an MMO, the AI at times can be quite impressive utilizing some flanking technics which always a nice addition to a heated situations. It’s during this moments that if you’re on Mars that the music really kicks in with the combat and plays a nice sense of tension.

Each enemy/mob have their own weak points, but when it comes to bosses you can sometimes spend up to a good 15 minutes of combat with your Fireteam battling a boss and his minions. It can make some really good fun fights but can also be quite frustrating when you’re caught out, communication is key to ensure you’re not sticking all together as you can easily be cornered.

After battling through missions and levelling to 20, your experience no longer levels you but instead earns you mote of light which can be used to buy things from the speaker or from Xur the mysterious merchant that appears in the lower part of the Tower (Destiny’s Social Hub) on weekends. Here you can spend your Strange Coins and Mote of Light to buy exotic body armour, weapons and more.

To gain levels after level 20 you will need to play Strikes above level 20 to gain new armour that contains “light” ensuring that your armour adds up to a certain total will progress you to the next level.

This is of course where the truly unique User Interface comes into play, providing users an easy way to simply switch in or out a weapon or piece of armour on the fly even during PvP, invite friends at the click of a button or manage your inventory. Upgrades don’t just cost glimmer, as you pick up better weapons you will need to find some of those good old collectables located on Earth, Moon, Venus or Mars, you know the ones you’ve spent time farming and handing into either the Vanguard or Crucible to help increase your rank.

PvP takes place in the Crucible, level restricted to players above level 5, this ideal as it allows players to get use to the games elements before plunging into corpse dancing moments. Taking place over a selectable playlist that includes Control, Clash, Rumble and Skirmish modes taking place across five environments that’s a whopping 10 multiplayer maps (11 in the PS4 & PS3 releases).

However some tweaking might be needed in this area as lower levels heading to PvP for the first time may be put off as it all depends on your characters progression, while damage is evened out it often levels you remaining at the mercy of other players weapon types and skills especially against players who grind past level 20.

Editor’s Note: I’m a fan of Bungie’s work with Halo and one of the most shooter-oriented players among the staff here at Senshudo TV, pouring many hours into a diverse array of shooters (It’s most likely in the 100,000 hours r 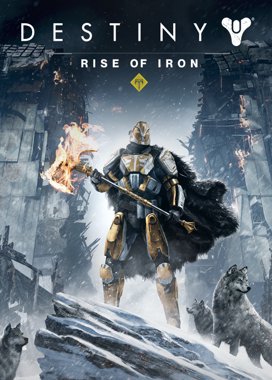 Destiny has a great universe with massive potential, while the initial story seems short. We completed it within 12 hours, but it doesn’t just stop there’s plenty to do from the Crucible, Strikes and the upcoming Raid Parties. There’s no doubt that as the months go by we’ll see more added and balanced with Destiny. Bungie has made a fantastic game which in doubt this writer will spend a great many more hours playing.
Overall
9.2
Story
9.0
Gameplay
9.0
Graphics
8.5