While it took me two hours to complete, Daylight offers some replay ability with its procedurally generated levels. While those hours managed to contain many moments of jump scares and maintain its spooky atmosphere through-out it also lead to frustration, spending many moments running round a maze in the dark looking for the last remnants to proceed to the next area.

Based on an island in an abandoned hospital it’s a great environment for a horror, playing havoc with your surroundings, the ever so unsettling creaks, whispers, groans, and a foreboding narration makes for a great horror game.

Finding your away around by light of a smartphone which also acts as your minimap, which shows off some impressive lighting effects. But it doesn’t stop there, the sound plays a big part of keeping the atmosphere so electrified with fear that at any moment something might jump out at you.

Searching endless procedurally generated corridors in search for hidden items, often breaking out the occasional glow stick in aid to help find hidden items. But that moment you run out flares and hit a dead end and must turn round, but be weary what lurks behind maybe an eerie presence readying to jump at you.

To add to the building atmosphere and story each remnants are well-written and sometimes genuinely creepy written or the occasional images that fill in the overall mystery. While these events lead to the satisfying completion of a puzzle, it wasn’t without its frustration of endlessly scouring corridors in search of the last remnants before being jumped on with no flares to fend of the shadows and having to restart the section from afresh.

While environments became somewhat repetitive, the one environment that is my personal favourite is the woods towards the end as its more varied a much bigger open area comprising of many areas that any moment you might get jumped on by the shadows.

With that it took me by surprise how the game ended as I generally didn’t get the feeling I was even half way through the game, which took me by surprise. However the ending itself was satisfactory but it didn’t blow my mind like I was expecting.

While it took me two hours to complete, Daylight offers some replay ability with its procedurally generated levels. While those hours managed to contain many moments of jump scares and maintain its spooky a 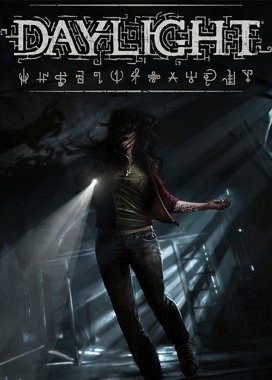 While its atmosphere is often electrifying and it’s procedurally generated levels provide a truly gorgeous horror environment, it can also be quite repetitive running down the same corridors only to become lost. However the story and atmosphere easily balance out the good and bad points to the game. For $15 (£11.99) it’s defiantly worth picking up turning out the lights and putting some headphones on as you play the game.