This is a game that will give you a challenge worth reckoning for any RPG Enthusiast. The first games PC port was titled the "Prepare to Die Edition". This should be titled "Prepare To Rage Edition" as you will probably be chucking your controller at the wall while you die many, many times. This... is Dark Souls II for PC

Dark Souls has always been known as a challenging RPG. This game steps it up with it's In Depth Character Creation and Leveling. Miracles, Spells, Healing and Tank Sets are all attainable depending on how you level your character. The Character creation overall for your character is similar to Dark Souls 1 but with more additions that veterans of Dark Souls and Demon's Souls will recognize and embrace.

They really did a fantastic job on the PC Port overall compared to the Dark Souls 1 PC Release on Steam. The game isn't downscaled, it has a ton of graphics options and proper Keyboard & Mouse support without any use of mods. The Keyboard & Mouse controls are all customizable to whatever you see fit. Giving you full control over your game. If you do not wish to use the Keyboard & Mouse, the Xbox 360 Controller works perfectly fine as well. The game looks beautiful on PC.

The Gameplay can take some getting used to. A lot of the previous game mechanics from Dark Souls 1 are there but they have been partially revised. Things such as parrying attacks isn't as easy as it used to be. It requires you to upgrade your character's level stats to be able to parry attacks without damage and to be able to take a hit without losing much damage. It can take some getting used to but this is what makes the game harder compared to the last game. They really drop you into a bad area to start. I don't want to give too much away without spoiling the game.

Once you receive the White Soap Stone Sign, you can lay it on the ground in most places to participate in "Jolly Cooperation" with other players online over Steam. It is seemless and easy to play with others online. It gives the game more of a "Party" feel when you fight against NPC's or Bosses. No DSCFix needed to play this game online with others.

The Boss Fights are fun and hard at the same time. This game will keep you coming back even after you take a break from ragequitting. The Story, or Lore, of the Dark Souls World expands as you explore every single area of the game. It's a lot of fun and it's definitely a great pick up for any RPG enthusiast! Expect to get angry though as some of the game mechanics are made to be hard on purpose. In the end, have fun and "Prepare to Die" many times!

This is a game that will give you a challenge worth reckoning for any RPG Enthusiast. The first games PC port was titled the "Prepare to Die Edition". This should be titled "Prepare To Rage Edition" as you will probably be chucking your controlle 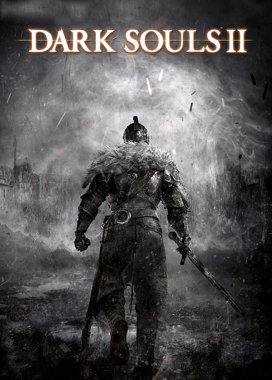 This game took me around 2 1/2 weeks to finish. Off and on. It is definitely worth the money just for the amount of replayability after you beat it, the time it takes to beat it and the amount of depth, artwork and beauty they added into the game. I just beat it as of 5/11/14 and I hope you guys enjoy the game as much as I did!