(We reviewed the PC version of Ghosts, and all comments are reflected as such)

Each year the next installment in the Call of Duty series is one of the most highly anticipated game releases. In recent years, some have called for a more innovative series rather than the same “shoot em up” style campaign. After 10 years and 10 major game releases, does Call of Duty: Ghosts deliver something new, or does original developer Infinity Ward play it safe once again?

The single player gameplay is exactly what you would expect from a Call of Duty game; drop in, run and gun from one part of the level to another, watch a big explosion cut scene, leave. Rinse. Repeat. While Ghosts does try to add new elements into the game, and new scenery it does little to really improve upon the core mechanics of the series that have made the series feel a bit stagnant.

The story revolves around two brothers, Logan and Hesh as they fight their way through armies (and at this point, I'm convinced it would be armies, not an army) of new series baddies The Federation. Force fed dialogue only serves to explain why the brothers are fighting from location to location in between lengthy (and sometimes insane) gun fights. You're never unsure of what to do either, as you're AI companion is constantly yelling out orders at you. It feels like a lot of hand holding for what is now a 10 year old series aimed at mostly adults. The new vehicle and dog (yes, you read that right) segments add a bit of variety to the otherwise samey game play, if only they had put in more of it!

The single player campaign is not the only portion of a Call of Duty game! There is of course the multi player mode, and two new modes called “Squads” and “Extinction”

Thankfully the multiplayer in Ghosts is as robust as its ever been. With almost endless customization options and a (sort of ) revamped kill streak/perk system, its as addicting as ever. They've also added the ability to customize your actual character look and gender this time around. A nice addition, but purely cosmetic. It offers no in game benefits. The “Create a Soldier” option lets you create 10 different characters, each with a different weapon loadout. You can play as any one soldier before entering a match just as in previous games. The leveling system is still present and is pretty much the same as previous games. Every time you rank up you are awarded command points which an be used to unlock more weapons, upgrades, and equipment for your soldier. On the PC version we reviewed, we unfortunately had many issues with sudden frame rate drops which is supposed to be fixed soon in a patch. We will see how that plays out and update the article accordingly. Also, the dedicated servers mentioned in the months before launch are nowhere to be seen as of this writing.

Squads mode is another new addition to the series in which you create a team of four people from your created mutli player characters and join them in battle in different co op modes. From a basic defense mode (defending a position from AI controlled enemies) to squad Vs squad team deathmatch. It's a nice change of pace for those who want to experience a flavor of Ghosts multiplayer without dealing with the somewhat trollish CoD community players.

Extinction is Infinity Ward's answer to Treyarch's Zombies mode, instead of fighting off hordes of zombies, you're fighting off hordes of Aliens. There is no over-all narrative to the mode. You're dropped off with squad mates and told to fight your way through various areas. In order to get through the level you have to take advantage of the separate leveling system. There are two ways to level up your character; the first being a permanent system in which you choose your characters class (damage, tank, engineer, medic) their starting weapon, and support kit (ammo crates, health packs, turrets, etc) You can then purchase more gear with cash you accumulate in the game mode.

The other way to level up is an in game upgrade system. You're given field objectives (just like in multiplayer) which you'll have to coordinate with squad mates to complete. Over all, this is a fun and exciting mode that can be more challenging than the Zombies mode in Treyarch games. Kudos to Infinity Ward on that one!

(We reviewed the PC version of Ghosts, and all comments are reflected as such) Each year the next installment in the Call of Duty series is one of the most highly anticipated game releases. I 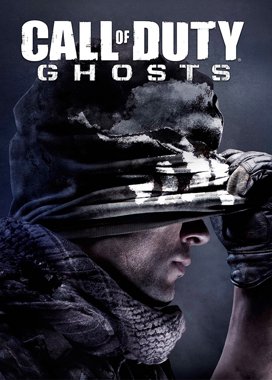 The multiplayer and new modes are great. While the single player feels mostly stagnant and still feels like it was an after thought.