Borderlands: Big guns, lots of enemies, and massive amounts of loot. That has been the premise for every Borderlands game so far. Starting with the massively popular Borderlands in 2009 which sold almost 5 million copies across its various released platforms. The sequel, Borderlands 2 was released in 2012 and sold even better than the first, especially when you factor in its massive amounts of DLC. It's no surprise that 2K games was not willing to let this property lie dormant for long. Enter Borderlands: The Pre Sequel. A game set between the first and second titles in the series.

The Pre-Sequel is a beautiful game. From its stunning gun designs to its absolutely gorgeous sky/world views. I was drawn back into this beautiful world all over again. Beauty only gets you so far however, as I quickly experienced some screen tearing and system lag during more intense fights. So much so I was forced to change graphics options a number of times before I found a setting that worked well for my high powered machine. Not something I was expecting to say the least.

The music of the series remains one of its strong points as well. Sweeping dramatic music during battles gives way to a bit slower (for the Borderlands series anyways) music during those moments of exploration. It is a true pleasure to listen to the background music in this game and in fact some of the songs remain highlights in my gaming playlist on my iPod, which doesn't happen often these days.

This is also the first game in the series that to me, felt like a blatant cash grab. I'm not saying it’s a bad game by any means. On the contrary, the gun play is just as satisfying as ever and getting new loot after a massive fight is still a rich and rewarding experience. However, with it being a pre-cursor to the start of Borderlands 2, much like the Star Wars Prequel Trilogy, we already know what’s going to happen in the end. So the story while engaging at times, can become quite stale.

All that said, the game does feel like the weakest in the series. It mostly suffers from the same problem that the Batman: Arkham series did after the amazing success of the first two games; it tries to do more of the same and settles there. It doesn't reach for anything new. It feels very same-y after a while. Story and more of the same-y ness might be good enough for some, but if I really wanted more of the same, why wouldn't I just play the two previous Borderlands games that I already own?

The Borderlands series has always thrived on its co-operative play. That doesn't change here. While the game is fun to play on its own, in order to experience the full force that is Borderlands you really should play with at least one other person. Most of the games dialogue acts as if you are playing in a group already, which is odd if you're playing solo. When SweptSquash and I took on a few missions together, that was when the game felt like it was at its best. Like all of the solo missions I did beforehand were just fodder for the co-operative experience.

Borderlands: Big guns, lots of enemies, and massive amounts of loot. That has been the premise for every Borderlands game so far. Starting with the massively popular Borderlands in 2009 which sold almost 5 million copies across its various released p 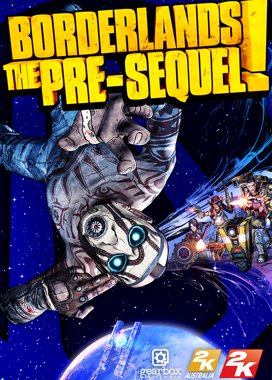 More of the same, but that’s not a bad thing.

This is a series you can tell will need a massive overhaul at some point. For the time being however the status-quo seems to be just fine for fans of the series. And that is okay. Again, more Borderlands isn't a bad thing. It just feels like a game I played almost five years ago with updated graphics and new loot.
Overall
7.0
Story
7.0
Gameplay
8.0
Graphics
7.5