To start off. This game is definitely one of the most amazing games I've ever played. The story is fantastic. The gameplay keeps you locked in and entertained and the graphics are eye candy for those looking for the next level of graphics. So lets start off with the story.

Story: Without spoiling too much of the story I will give the Setting Premise. You start off as Booker Dewitt. A man with a past that tends to come back and haunt him. He is sent to Columbia, the city in the sky, to take Elizabeth and bring her to New York. Along the way, Booker discovers many things about Elizabeth. Why she is up in the city and what kind of powers she has. Now, Booker is hired to bring Elizabeth to New York to wipe away a previous debt that he had in the past. When he arrives to Columbia, he meets many different obstacles along the way. He discovers that Comstock is the city's 'Prophet' who brought the people up to the city in the sky 'from the sodom below'. They literally worship him as a 'God' in the game. You find out alot more about Comstock and his past while you work through the game. Pretty amazing.

Gameplay: The gameplay in this game is also nothing but amazing. You work with 8 different kinds of vigors in total. they range from setting people on fire to ramming people in the chest pretty hard. All vigors have secondaries that you can either buy from a vending machine or are given when you get the vigor. 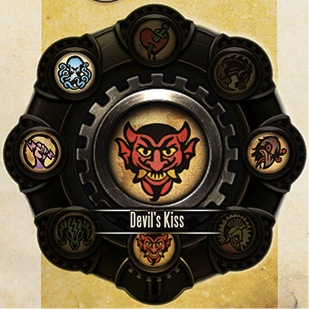 You start off when going through the town. When you are first attacked you earn a skyhook weapon. It is used as a melee weapon and for riding the skyhook railing system from within the game. To get from place to place, the skyhook is a magnetic hook that connects to the rails to allow you to go to either higher places of defense, or progression through the story. It's a pretty awesome game mechanic since it gives the viewer an effect like he's on a roller coaster.

You can also upgrade your stats ingame by either grabbing infusions, which upgrade your salts, health or shields. Or by wearing costume equipment that upgrade stats on certain abilities. Pretty awesome at making your own custom character that is entirely you with this game mechanic.

You can find items all across the game in nicely shaped boxes or buy them from Vendors.

Graphics: The graphics in this game are just stunning. From the Volumetric Shadows to the Directx 11 Graphics for the PC version. This game really does stand out on it's own when it comes to the beautiful environments you visit. From the beginning of the game, to the end, you will be surprised on how much touch up work they've done to every piece of the environment. It's just simply stunning.

The only negative about this game that I could possibly find is minor to major stuttering when it comes to loading another area while you're ingame. Sometimes it'll cause your game to lock up or jerk your aiming. So if the loading happened in an important firefight, you're basically dead in the water. Only complaint I have. Other than that, the game is amazing.

To start off. This game is definitely one of the most amazing games I've ever played. The story is fantastic. The gameplay keeps you locked in and entertained and the graphics are eye candy for those lookin 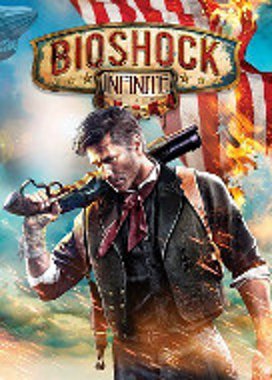 I would definitely recommend this game as a must play for any gamer. The story keeps you sucked in and entertained. The graphics will make you marvel at it's sight and the gameplay will keep you entertained all the way until the end. Replayability is pretty good as well. Definitely check this game out.