DICE have really out done themselves this time with Battlefield 4, during the Beta we got a true sense of what we could expect in the final release while many had crashes and were unable to play until a few patches came out. I was one of many who got in straight away without a single issue apart from the random crashes.

Playing on Ultra and enjoying a true Battlefield experience, wondering what the final release will have in store for us especially with campaign. While Battlefield 3’s story did offer some really nice aspects to a cinematic battlefield experience, DICE needed to do some work with the story to peek more interest and how elements of the multiplayer could be tied into it.

Well this time round you play as Sargent Recker, who must take control of the squad and end a civil war that will soon erupt into a full scale war between China and United States. In the opening level you which in its self is a nice blend between an opening mission and a tutorial level. Not feeling the normal restriction of tutorial levels while the path is fairly linear you do get a true sense of what you would experience in the battlefield.

As the game progresses with some unique twists in the story creating some doubt regarding one of the new squad members at the same time needing all the help you can get. DICE has done an amazing job this time round with the story allowing you to feel more attached to the squad giving you a sense of purpose, reminding you of that bond as a squad like in the Bad Company series.

DICE makes use of its destructible environments and its new dynamic sea technology throughout singleplayer, preparing you for the big battles online. Because this time round it’s not just other players you have to pay attention to, as entire dams can collapse on your head if you’re not too careful. Meaning the player is now taking full use of the destructible environments changing the very dynamics of the battlefield itself and the team that and adapt and overcome the very changes to the battlefield can often prevail to winning.

Harnessing the new level design is even more satisfying than the XP and unlocks you earn along the way, that is of course if you manage to collapse the damn on a battalion of tanks at the right moment, or coursing the destroyer to ram the flag point at Charlie on Parcel Storm wiping out an enemy squad leaving the flag for your taking.

While some of these destructive elements can often take a few minutes to achieve it can often take you away from the main combat of the game until triggered but that being said they are there to trigger more dynamic gameplay evolving the battlefield it to something completely new. That being said the smaller options from Bad Company series have return such as creating a ditch with an explosive to create a crawling space or even destroying simple structures. Despite everyone saying the Battlefield 4 being an expansion to Battlefield 3, I disagree. Due to the scale of the warfare is a lot more versatile offering multiple ways to decimate you enemies online not just through the destructible environments. Graphically the game has taken a big step in terms of improvements, ranging from particle effects to buildings collapsing and then there’s just the water effects.

One of the new features that finally gives us some satisfaction is the new knifing system, stabbing someone from the front can give the person a short window of opportunity to counter that knife often providing us with a nice moment of satisfaction and the claiming of their dog tags instead of them collecting yours. Whereas stabbing from behind does not provide the opportunity to counter, meaning you can still take you enemy by surprise.

Classes are no longer limited to a certain class of weapons, instead only limited the equipment to class types, allowing players to mix up their classes for the most deadly of combats. Sniping requires a little more mental math thanks to the new addition of zeroing to compensate for bullet drop.

This mixed with some terrific level design is responsible for a lot of what makes this one of the best Battlefield games to date. While majority of the maps are built around the Large Conquest modes not ever map performs well under specific game types, such as Operation Locker, a close quarter make up from the prison level in singleplayer, often has one team cut off from doing anything due to the limited space of movement.

Commander Mode brings out some of the very best in Battlefield 4. Allowing someone who is ranked 10 or higher to step away from their guns and offer a top-down tactical screen of orders to your team, providing recon assistance with the use of drones to dropping ammo supplies or even co-ordination a cruise missile attack on a target. It’s hard to believe participating in a mode away from the action of explosions could be so satisfying.

DICE Continues to expand on its multiplayer which Battlefield games have always been about while at the same time trying to push a really good singleplayer campaign like the Bad Company Series, making this the perfect cocktail of the best Battlefield experience to date.

DICE have really out done themselves this time with Battlefield 4, during the Beta we got a true sense of what we could expect in the final release while many had crashes and were unable to play until a few 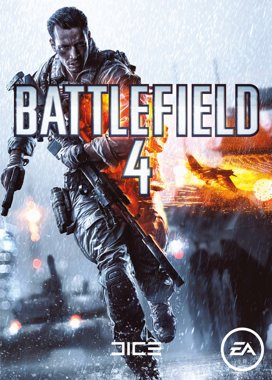