Alien Isolation, based on the award winning movie series, happens between the first and second Aliens movie. The player plays Amanda Ripley where she is somewhat following in her mother footsteps, when she hears that there may be a way of finding out about her mother. From the start this game sets itself up for a good story, being a kind of sequel to the first movie.

The atmosphere is similar to the movie as well, from the drinking bird to the psychotic computer, named Mother.  There are other forms of fan service in the game as well but that is left to the player to discover if they want.

The game is played in a first person perspective throughout. This not only adds realism, but like mentioned before, adds to the belief that we are in the universe. What you need to fall back on most in this game is human instinct and wits to solve the problems as the story unfolds. The music of the game helps set the mood by putting the player on edge while moving around the game universe. Also it makes you uneasy and tense when enemies appear such as the Xenomorphs. When this happens the player can feel as if they are a part of a true creepy, cinematic horror, as it employs the typical horror movie tropes of building anticipation of a scare through the music.

In this game the Aliens are not the only enemy. There are also survivors, who have descended into anarchy, and will attempt to kill the player on sight. Having to deal with this type of enemy helps flesh out the game so the player is not always playing cat and mouse with the Aliens. The player is able to fight back against them using a variety of weapons ranging from guns to grenades, even whacking them with your torch. (Editor note: Skip the rest of this paragraph for a potential mini-spoiler!) Also there are enemies that don’t start off being a threat. There are synthetic robots that start off nice, but through the course of the game start to turn on the player.  Showing the player their true nature, with demonic looking eyes, they can be a formidable enemy; all the while reminding the player to watch their back because one could grab the player out of nowhere.

Now it’s time for the Aliens, The Xenomorphs. They are an enemy that for the most part, must be avoided at all cost. Our only defence against the Xenomorphs, are noise makers, flares, and other environmental items. The player must use all these items to their advantage as regular weapons don’t work on them, and given the fact that the Xenomorphs are like blood hounds, these items will help the player escape. But the player not completely defenceless. The game is full of weapons that when used at the appropriate time will help them to overcome the situation. This is where micro managing items, and ammo is a must, as well as deciding whether getting an item or ammo is worth risking their neck to retrieve. A question the player may have to ask themselves is, “is it worth trying to get now or wait until later to get it.” That choice can make the difference between breezing through a section or having to crawl from cover to cover to ensure your safety.

You can pick Alien: Isolation up on Xbox One, Playstation 4 and PC via Steam.

Alien Isolation, based on the award winning movie series, happens between the first and second Aliens movie. The player plays Amanda Ripley where she is somewhat following in her mother footsteps, when she hears that there may be a way of finding out 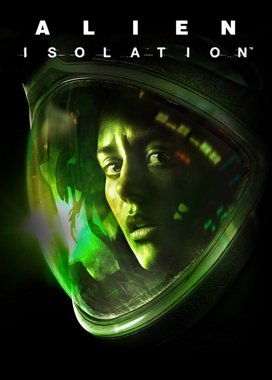 So heart pumping, you're going to need a fresh pair of undies.

In conclusion, this game is one that closely ties into the movies, by using the same standards that were used for the movies. Even if you haven’t seen the movies, the story is great. With the game's twists, turns, and mind games, it will provide the player with hours of entertainment. If you have seen the movies, like I have, then you are in for a real treat as you would want to look around everywhere and touch everything in this game.  The game is out now priced at about £30.00-£40.00 for the deluxe edition as well as the DLC of the Expendable Crew revolving around the story with the voices and looks of the cast from the first Alien movie.
Overall
9.0
Story
8.0
Gameplay
7.0
Graphics
9.0