A Wild Game in the Stars

Ten long years from concept to release, Wildstar is a reality. A massively multiplayer online roleplaying game, set in a galaxy with an empire having questionable morals despite a code of honor, a semi successful rebellion,and a myriad of strange races. How does Wildstar hold up to the current and near future rivals on the market?

Story - Some may criticize the story behind Wildstar as being too sparse. I disagree because much of the story is pieced together as one progresses in the game. The background history has a mix of influences, from Star Wars, to Firefly, to Battlestar Galactica. This gives a somewhat familiar game world, without being exactly like a number of other games. Evil empire, ala Star Wars? Yes, but it is based on seven principles which would constitute a paladin code from Pathfinder. Rebels running from an evil menace like Battlestar Galactica? Yes, but the metal robots are only 1/4 of the force chasing the rebels. The comparisons can continue, but this storyline works. It makes sense, which so many other games fail.

Housing - Most MMOs out there have player, and especially guild, housing as an afterthought. Housing is in Wildstar at the start, and is far more extensive than its closest rival, EverQuest 2. EQ2 housing was closer to the Madden 'pimp my crib', one room you could decorate. Wildstar is one building, eight extensions to add on for crafting, resource gathering, new quests, etc. Plus, a character gains rest XP faster with a house, which can be booster further with placement of some decorations. Your neighbors can even help you harvest.

Crafting - Remember Star Wars Galaxies, with its tiered recipe builds? You get XP then once you built enough, you'd move to the next tier? Well, Wildstar has that but you don't have to build 200 useless mouse droids to advance. Instead, to advance you successfully make rare items by adding ingredients of varying type to your basic build and try to hit the target. Add in daily quests for goods giving you craft XP, and you can do well quickly without grinding to death.

Paths - I am horrible at Guild Wars 2 jumping puzzles, and I have fallen off the LOTRO Rivendell bridge so many times, I lost track. With Wildstars path system, I don't have to do those things. I chose settler, so for XP, I contribute gathered resources to building buff stations,taxis, etc around the planet of Nexus. Others may just want to kill stuff, which translates to the warrior path.

Humor - This seems such a serious game, until you meet Artemis Zin, the chua race, and so many other aspects of the game. Yes, like most MMOs they get cute with quest names, but it goes further. It turns into a seriously deep game wearing a clown mask and carrying an explosive pie. Even the devspeak videos on YouTube have a lot of humor. Slow down the video and read the disclaimers, for example, which are a throwback to Animaniacs credits. That doesn't mean things aren't serious. Attune yourself to do the 40 man raids. That takes serious effort, just like EQ old plane attunement or vanilla WoW where you had to survive the infamous Leeroy Jenkins dungeon to be allowed into Molten Core.

The Comparison - 'Its the WoW killer.', 'it's a WoW in space.''Not another WoW clone.' These are the statements of many who just give a cursory glance at the game, or only played in early beta. On the surface, it is. Characters are not realistic. They are semi-anime cartoony and we don't have trees with every leaf encoded. If you are looking for realistic graphics and hate tab targeting, don't buy this game.

Small number of servers - Wildstar played release close to its vest for cost. This meant a minimum server count on release. In addition, though a good sized minority wanted rp-pvp servers, Carbine did not create one. One EU PvP server at headstart became 2 three days later, and Carbine was attacked for it. Carbine is hoping word of mouth about the game spreads, so I understand not wanting server consolidations soon after launch.

The Entitled - instead of being patient, a small but vocal minority has been disruptive. Not just the EU PvP server, either. On opening day of headstart, those going into the headstart lost three hours due to a DDOS attack against NcSoft login servers. Ex-City of Heroes players were blamed by many, due to their dislike of NcSoft for closing down their game. Some are whining about attunement taking so much to accomplish. Add this to the usual trolls who want to destroy the game just because it exists, and it ends up with a bit of disappointment in my mind.

Ten long years from concept to release, Wildstar is a reality. A massively multiplayer online roleplaying game, set in a galaxy with an empire having questionable morals despite a code of honor, a semi 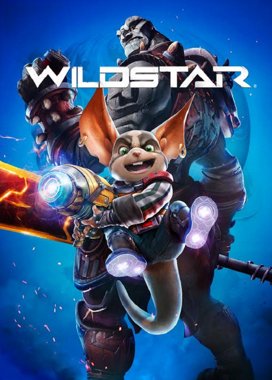 If you aren't hung up on realism, but want everything in a MMO from the start, take a chance on Wildstar.

To me, the choice is easy. You want realism, this is not the game for you. If you want to go back to the good ole days of Ever quest and vanilla World of Warcraft, or you are looking for a fun MMO Botha casual and hardcore, get this MMO. With more things to come, including guild housing, this is a game to pay attention in the future.